After not hearing about a major smartphone release from Sharp for a while, today the company is announcing a new high-end smartphone which carries the “Aquos” moniker with it. The Sharp Aquos R is the company’s newest top-tier offering packing a Qualcomm Snapdragon 835 and 4GB of RAM.

There is no dual-camera, but the handset has a 22.6MP main camera complemented with a 16MP front-facing shooter. The main camera has an f/1.9 aperture with a 90-degree, wide-angle lens. There’s also OIS on board. 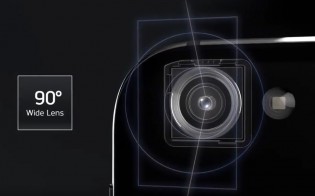 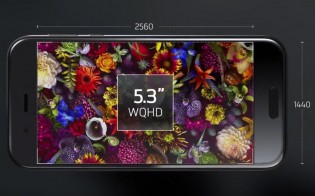 Powering the Aquos R is a 3,160 mAh battery which can be charged with a compatible Quick Charge 3.0 adapter via the USB-C interface on the bottom.

Specs aside, the new Sharp smartphone was announced alongside Sharp’s new AI technology which it calls EMOP. It seems 2017 is the year of AI, doesn’t it? Anyway, Sharp hasn’t shared many more details about the smartphone like pricing or availability outside of Japan. Given that the company has called it a high-end compact handset, it may cost a pretty penny.

Thanks for the tip, Tony!

have you tried any gcam which is working stable with hdr+ and potrait mode ?