We took several photos after sundown and it got progressively darker as we were working. We'll start off in chronological order, with the first photos taken at dusk.

Relying on the built-in OIS to combat camera shake, Galaxy S6 and the Note 4 dropped their shutter speed lower than the rest. This allows them to use a lower ISO to achieve the same exposure of the scene, so we naturally, have lower noise issues on their photos.

The Galaxy S6 retained very fine detail in the photo - the lines between the windows on the blue building and the text on the banners is crisp. The Galaxy Note 4 did a very good job too, but noise ate into some of the detail. The Galaxy S5 went up to ISO 400 and the noise is pretty noticeable. 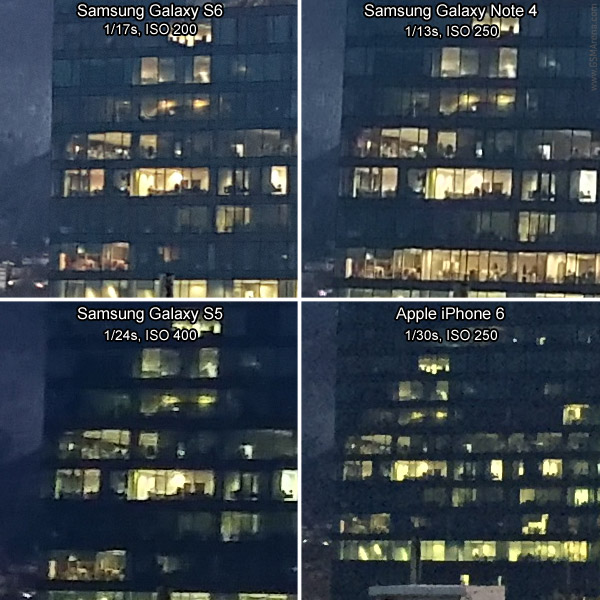 A few minutes later it was noticeably darker and both OIS-enabled Galaxys went to a shutter speed as low as 1/10s in an effort to keep the ISO low. That's as low as they would go regardless how dark it is.

The wider aperture helped the Galaxy S6 use a lower ISO than the Note 4 at this shutter speed and the photo remained crisp without much noise. The Galaxy Note 4 is still breathing down its neck (in part thanks to the stronger sharpening in its default processing).

The Galaxy S5 had to boost the ISO even further and the thin white railing is now a blur. 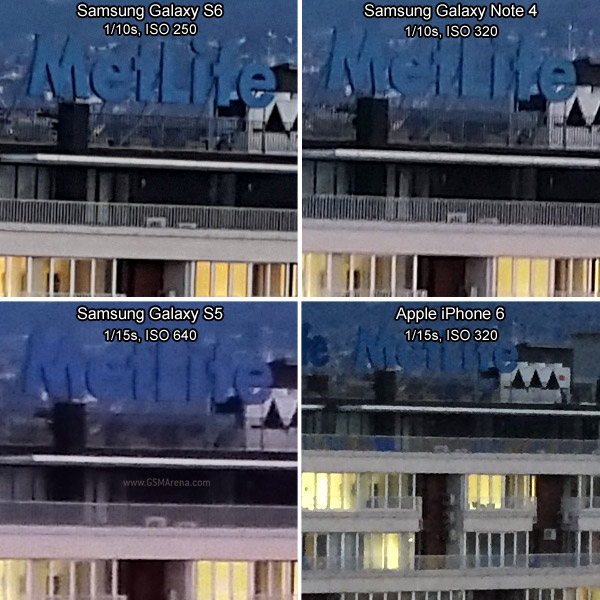 We took the final test shot after it was already completely dark. The Galaxy Note 4 activated an automatic night mode, which cannot be turned off but requires you to hold the camera really still. This produced a sharp image and surprisingly the moving cars didn't get blurred too badly.

The Galaxy S6 shot at ISO 640 and areas under lighting turned out quite good without the night mode processing. The Galaxy S5 went up to ISO 2,000 and even well-lit areas were buried in noise.

Note that we dialed down the exposure compensation on all three Galaxys to keep the lit banners from being overexposed. 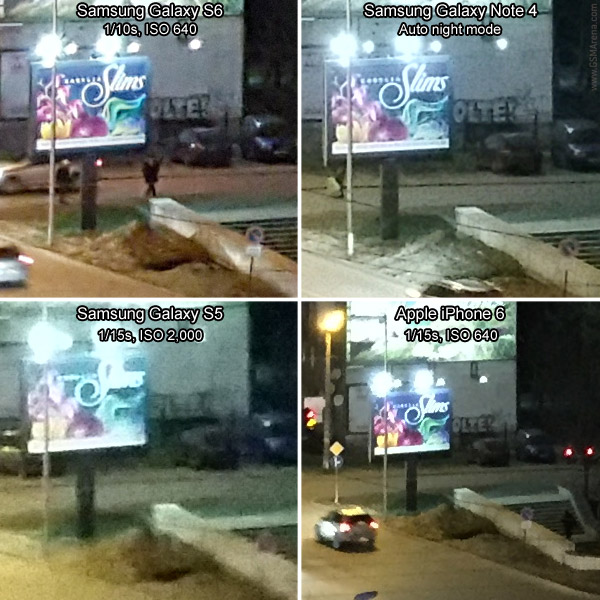