Xiaomi recently confirmed May 31 unveiling for its Mi Band 3 smart wearable device. And now, just a couple of days before the event, the pricing information for the device has also leaked.

Thanks to an official listing that slipped through the cracks, a CNY 169 ($26) price tag has been revealed. 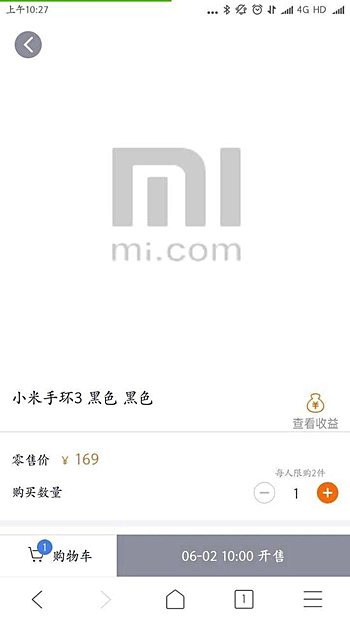 For comparison, the Mi Band 2 costed CNY 149. Xiaomi CEO recently said he has been testing the Band 3 for two-three months, and found it to be far better than the company's previous two Mi Bands.

The Band 3 is expected to feature a display similar to its predecessor, but with a 2.5D curved glass covering. Other rumored changes include no physical button, support for Bluetooth 4.2 and NFC, as well as IP67 compliance for dust and water resistance.

And how much does the Samsung one cost?

no touch screen no color cheap , no brand , no prestige.... mi band 3 not upgrade at all from mi band 2. better buy Samsung one.

I think that you never had a MiBand and you don't know anything about the pricing of wereable tech. I have the MiBand2 and for 20$ it is totally worth it even if you consider only watch and notification capabilities and don't use sleep and step count...