The pre-MWC rumor marathon continues. In today's episode we have five Android-running HTC smartphones, a Brew-based handset and a tablet. And even thought there's not much we can give you in terms of specs we've got plenty of official shots for you to feast your eyes on.

Large screen is what the first two devices have in common. Both of them are following the HTC Desire design traditions and one seems to have no keys on its face. Still we can find a good reason for all that bezel if there are no buttons so our money's on the render being incomplete. 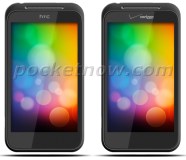 The other three Androids are obviously headed to China, so we cannot be certain if they will be unveiled at the MWC. We have the China Telecom version of the Desire HD and the mid-range A3360 TianShan and A3380.

The final HTC handset for today is a sleek looking successor to the HTC Smart. Running on the Brew mobile platform it's supposed to help deliver the Sense UI experience to a wider audience. 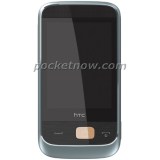 Finally, a word about the upcoming HTC tablet, which is reportedly named HTC Flyer. Rumor has it that it will be running Android 2.3 Gingerbread, while a 3.0 Honeycomb update is going to be delivered when that version of the OS becomes available.

The HTC Flyer is supposed to start shipping as early as March in the US (with worldwide availability following in Q2) so an announcement next month seems imminent. And apparently there's more where that came from - HTC has plans to introduce two more Honeycomb-running tablets somewhere in the middle of this year.

If you said that on Motorola Blog they would call you a fanboy for speaking the truth. My guess its the same one person with bad grammar making up different post names. To me if aint broke why would HTC fix it.

who says apple has the best designs in the entire mobile industry? all they are creating from the last few years are black and white boxes with a logo of a half eaten apple on the back and a round button below the screen. the cameras are like useles...

LOL! I'm by no means an iCrap fanboi. I was trying to exaggerate iSteve iJobs position using sarcasm, but that failed big time since no one got it. iSuck at sarcasm :o) I think HTC want to keep the Desire design with brownish/bronze color scheme...