Camera shootouts are a proud GSMArena tradition and the latest edition features by far the most technologically advanced cameraphones yet. We have large sensors, sky-high resolution, optical image stabilization, clever image processing and a selection of cool tricks all in pocketable packages with flagship-grade hardware and software. 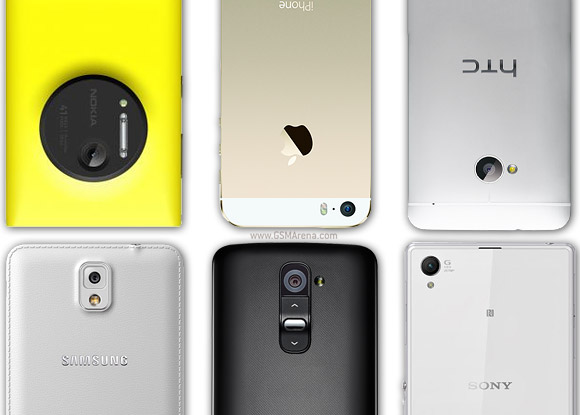 Obviously, this shootout just has to include the Nokia Lumia 1020 - it took over from the 808 PureView as the most advanced cameraphone with a camera, inheriting all the benefits of the other PureView phones so far (the PureView 808 and the Lumia 920). The 1/1.5" optically stabilized sensor with the whopping 41MP of resolution is one of its kind and the xenon flash is equally rare these days.

Sony is also aiming high without crossing any lines in terms of practicality. The Japanese went ahead and put the largest sensor that would fit in an 8.5mm slim phone, and the result is quite impressive: a 1/2.3" 20.7MP imager, which may not have optical image stabilization, but it sure doesn't have a bulge on the back either. We had to get a second Z1 unit for this shootout as the first one had some issues with its lens but now the promising cameraphone can show its full potential.

Then there are the other Android hopefuls, which stick to the well proven Sony-made 13MP sensors. The LG G2 spices things up with optical stabilization plus 1080p video capture @ 60fps. The Samsung Galaxy Note 3 trumps that with 2160p video capture as well as 1080p @ 60fps, but it skips the OIS.

The updated Apple iPhone 5s camera is in the ring too - it has a larger sensor and brighter optics compared to the last generation, but the droids seem leaps and bounds ahead on paper. But that's not what we are after here - it's the real life performance that matters and the iPhones have managed to deliver more than their specs sheets suggest.

Finally, the HTC One is the oldest phone we're putting to the test but it's the first Android to include OIS and its different approach is certainly interesting to compare. Using fewer but large pixels (dubbed UltraPixels) goes against the grain, and we are interested to see how it works out.

Obviously we'll be testing the still photo and video recording prowess of all six phones, in both good and bad lighting scenarios. We're also including some of the commonly used features like HDR and panorama, and even pitting Nokia's video zoom against Samsung's take on the feature. This one is shaping as a one intense competition.

We start off with the still camera functionality and then break down image quality. Join us after the break.

yes...indeed... Iam also using HTC ONE since a year...have also used samsung n apple,... HTC is the best with camera.