What's next for smartphone design?

As manufacturers strive towards smartphones with all screen fronts, we look at how they can still differentiate themselves in an increasingly crowded market.

When it comes to our smartphones the display and the content it conveys is king. Hence the current obsession for manufacturers to deliver us smartphones with that all screen front, relegating bezels to the history books.

Yet, a swathe of glass can only ever be just that, and curved corners or beveled edges are the only things that can vary. Looking at them straight on it’s pretty tricky to differentiate one phone from another these days.

We’ve even had fun with this in the past with our 'Name the phones quiz' here. 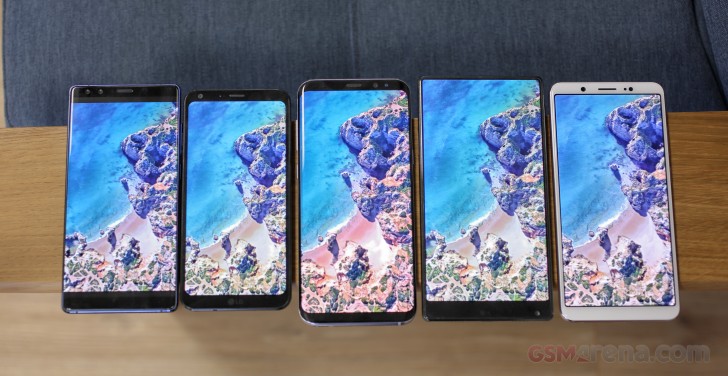 A selection of phones from our Name that phone quiz - highlighting that to the casual user, smartphone design is getting too samey

Why does is matter?

For some, flaunting the latest and greatest device is just one of many ways that they can show off - irrespective of the underlying reason.

Without getting into needless debates - depending on where you live in the world, the trio of the Sharp Aquos S2, the Essential PH-1, and the iPhone X all arrived at roughly the same time, and the era of the notch arrived .

While iPhone X made the notch mainstream dozens of phones announced since embraced the display cut-out in one form or another - wide, deep and waterdrop.

Those notches are much like Wayne Rooney’s ears if you'd pardon the comparison - you would never say they’re attractive, but they’re memorable and stand out. While I derided the iPhone X notch upon its launch - for a short while, people knew you had the most expensive iPhone ever created - and for some that was enough.

How are manufactures differentiating themselves

Given the front of our phones will remain an emotionless, cold swathe of black glass - at least when not in use, let’s turn our attention to the back.

Color is another area of differentiation. In our recent half-year report we had cause to count the number of color combinations offered by manufacturers, with a wide selection of base colors being around. While the majority of colors are to be expected (blacks, blues, golds, and reds), there are a plethora of other colors making their way onto the scene including copper, purples, and greens. Next week Apple will unveil its 6.1" iPhone which is rumored to increase the number of colors available even further.

The relatively blank canvas on the back of our devices is ripe for being exploited to differentiate one manufacturer offering from another, which of course is just what they’re doing.

The trend of smartphones backed with glass is allowing manufacturers to create layered glass with varying degrees of reflectivity and is being used to exceptional effect to create some truly stunning designs.

Another excellent example of the back of a smartphone being used to great effect is Xiaomi, with its Mi 8 Explorer Edition.

Even the camera layout is being used to create brand recognition. You only have to look at the latest Moto phones and their "smiley face" camera arrangement, either by design or accident - they're easy to spot.

For a while the bar form factor was the only one in use, but then this year brought a sudden return of sliders with the vivo NEX phones and the Oppo Find X. Xiaomi and Huawei have also confirmed that they will be releasing sliders of their own. Hiding the cameras when not in use enables makers to achieve a really clean and streamlined design. 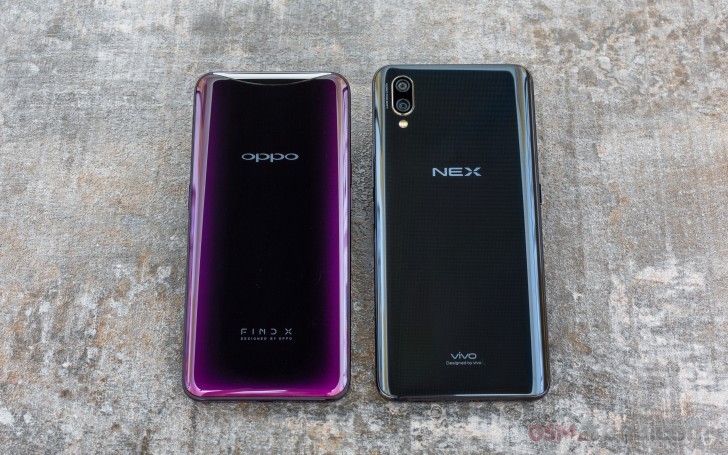 Oppo Find X next to the vivo NEX S

The next step-change we'll witness is a change in form factor, notably with foldable phones on the immediate horizon.

Made possible by the advances in flexible OLED displays, who's ever first to market will have immediate brand recognition and the associated kudos that goes with it when it's spotted next to you on the table in Starbucks.

Looking even further out, the use of exotic materials has often teased is with futuristic concept devices. The latest being Turing Space Industries HubblePhone. While a clear example of vaporware, the HubblePhone demonstrates the flexibility designers will have to create the smartphones of tomorrow.

I'll end with a fun fact. Did you know that some of you have something made from Liquidmetal? The SIM ejector tool that ships with Apple's iPhones is made from such a material.

Sold Liquidmetal parts are light and strong, produced with the precision of CNC machining, using a process similar to plastic injection molding. The only limiting factor currently to our knowledge is cost, but once addressed, concepts like the HubblePhone could become a reality.

Thanks for reading, that was just a flavor of some of the areas where smartphone design could be enhanced. What are your thoughts on the subject, are you looking forward to more colorful and flamboyant smartphones, the next generation of form factors or are you happy with the current designs?

What's next for smartphone design? Foldable/ rollable, notchless, bezelless if you like, but definitely military grade drop proof from 6', scratch proof (but not affecting the drop proof), you can always replace a screen saver but it's expensive...

Anyone that knows anything knows that Samsung makes the best screens in the business. I've been using my S6 loads for nearly 3 & a 1/2 years now, mainly for playing Chess on my Super AMOLED screen, if there was an issue then surely I would e...