Qualcomm Snapdragon 835 is yet to be released in a smartphone, but it's already shaping to be the chipset to beat in the first half of 2017. We already know the Samsung Galaxy S8 will sport the SoC and a few of its competitors will also be using Qualcomm's latest and greatest.

Geekbench tested an alleged Xiaomi Mix Evo powered by the chipset with the name MSM8998 but now a new scorecard shows an improved performance on a reference device running Androud Nougat 7.1.1 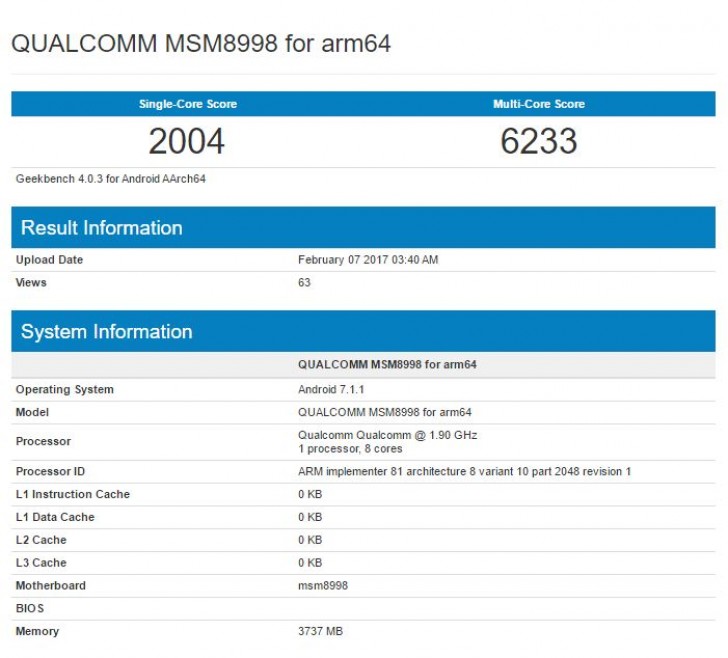 The scores aren’t astronomically high, but they are higher than last time and as its development advances chances are it will be capable of breaking performance records.

have you ever checked the cpu cores usage during benchmark ?

Not true. That is only the case if it is a hetrogenous cluster, like the Snapdragon 820. Most octa core setups use cluster mirgration for speed and transparency to the host system, so they are only capable of using four cores at a time. As the multi ...

I was expecting it to surpass Kirin 960 multi-core performance. tsk