Snapdragon 850 unveiled: Windows-on-ARM gets a speed and battery boost

The Snapdragon 850 is now official and later this year you can expect the first computers with it – likely laptops and 2-in-1s. The chip is essentially a beefed-up version of the Snapdragon 845 found in phones and comes to replace the 835 chip previously used in Windows-on-ARM devices.

Qualcomm offered this image of a reference design – basically, a Surface type form factor with a main tablet body and a foldable keyboard. 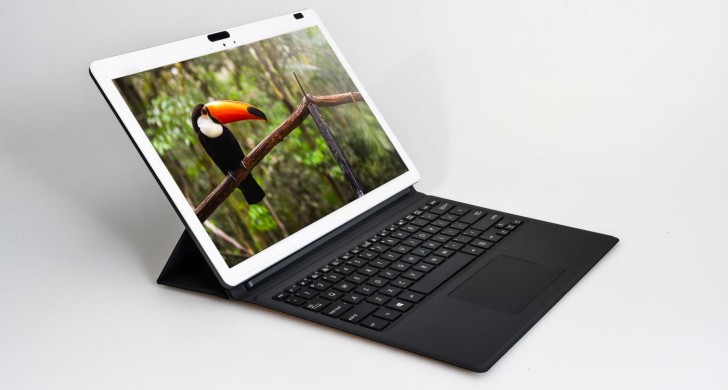 Even this tablet will have better cooling than phones, so the Kryo 385 Gold cores are now clocked at 2.95 GHz, a small bump in speed over the phone chip. The performance will be sustained for longer too. 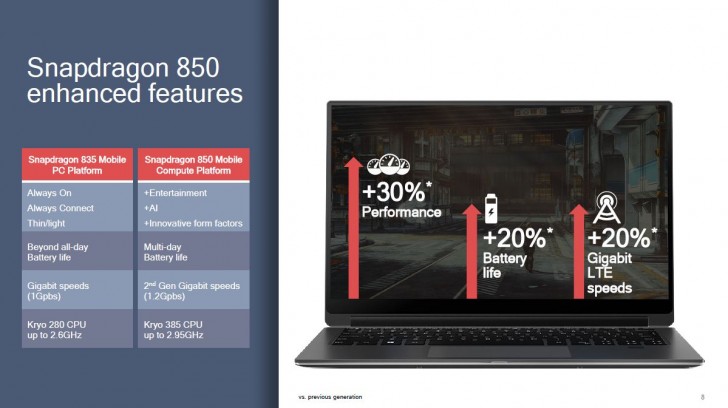 Compared to the Snapdragon 835 laptops, the new chipset promises a 30% boost in performance and 20% better battery life. The upcoming devices should have “multi-day” battery life. The X20 LTE modem pushes the downlink speeds up to 1.2 Gbps.

Microsoft recently updated ARM Windows with 64-bit Edge. Also, overall performance should be up and power use down with the most recent update. HDR is also supported and Qualcomm chips have native support for aptX HD audio.

Man i know its Microsoft not windows responsible for updates but anyway. Lee Kun-Hee wouldnt mind notebook bussiness because its a lostand wasted time.

it is not windows who responsible for update!(it's Microsoft, a product himself cant be responsible for itself update) the topic is about pc and usually ultra-books and you constantly talking about pc manufactures so i can assume you were talking a...