Software update for Nokia Lumia 800 now up online and ready

The Nokia Lumia 800 was released just couple of weeks ago and the Finnish company already rushes a software update for its first Windows Phone 7 smartphone. 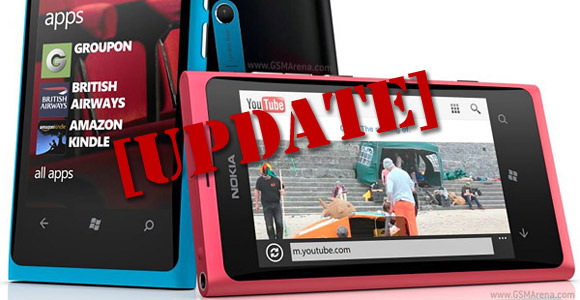 The software update should roll out completely over the next two weeks in the countries blessed with Lumia 800's availability. As with any update this one brings some notable performance and usability goodies such as:

The software will be made available through Microsoft Zune and will roll-out on stages, because of simultaneous download limitations. Another update is expected to hit the Lumia 800 in the first months of 2012 with another batch of improvements and fixes.

then go buy one already

I waited over 9 months for the Anna update and the phone is still buggy with erratic scrolling. We are going into the 4th month since Belle was announced, it has been on new N8s for 3 months, yet the mugs who bought the phone over a year ago are at ...