Sony has announced its first smart car audio system, the XAV-AX100. The system is compatible with both, Apple CarPlay as well as Android Auto, so regardless of which smartphone you have you are covered. 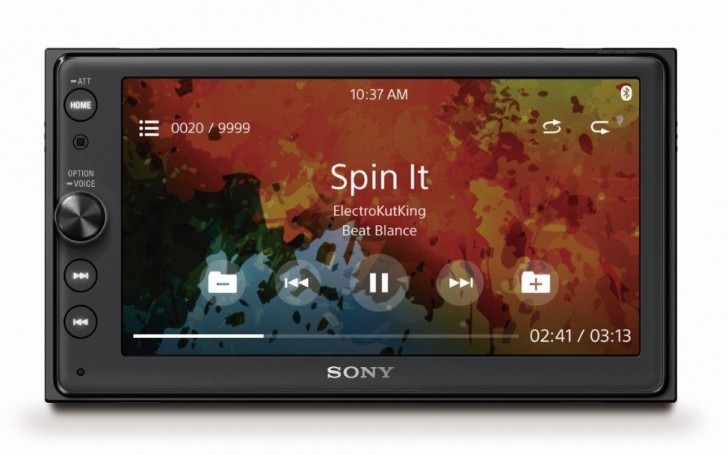 The double DIN system has a large capacitive touchscreen display up front with physical buttons to change the track and also a rotating volume dial so you can control basic system functions without taking your eyes away from the road. It also includes a 4x 55W amp with Sony's Extra Bass feature, and a 10-band equalizer. You also get 3 pre-out connectivity ports for connecting additional amplifiers and other accessories. The Dynamic Stage Organizer feature also compensates for the downward firing door speakers and improves clarity.

The XAV-AX100 is priced at $499.99 and will be available in North America by late November.

Thanks for the great info! GCSC car stereo with bluetooth

Sort of the way Siri is activated but instead it is used through the car speakers?