Sony has announced its flagship Alpha series mirrorless camera, the Alpha 1. The A1 combines the best of Sony's other mirrorless cameras — the A7R, the A7S, and the A9 — and takes it all to the next level to create the best hybrid photo and video camera that the company currently has to offer. 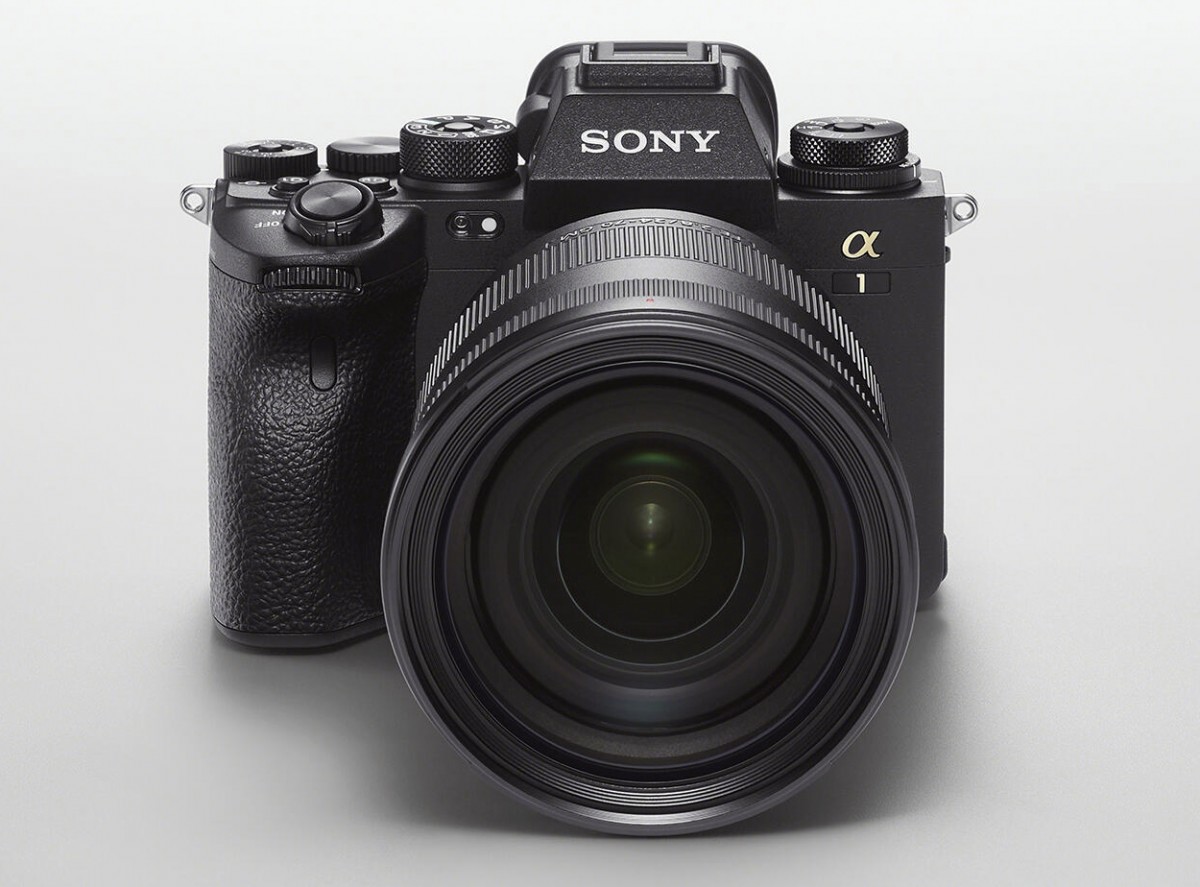 The A1 has a new 50.1MP full-frame stacked Exmor RS CMOS sensor with an upgraded BIONZ XR image processor. The new sensor offers 15+ stops of dynamic range for videos and stills through its ISO 100-32,000 range (expandable to 50-102,400 for stills). You can also create 199MP images using the upgraded Pixel Shift Multi Shooting mode and Sony's Imagine Edge desktop software.

The new image processor enables some of shooting experience on a digital camera. The A1 can shoot full resolution RAW images at 30 frames per second with a buffer large enough to fit 155 compressed RAW or 165 JPEG. It can do 120 AF/AE calculations per second with an AE response latency as low as 0.033 seconds.

Sony has also updated the electronic viewfinder to keep up with the camera. The 9.44 million dot, 0.64-inch Quad-XGA OLED has a refresh rate of 240Hz, the first for any camera in the world. It offers a 0.90x viewfinder magnification, a 41° diagonal FOV, and a 25mm-high eyepoint. The main display is 3.0-inch 1.44 million dot LCD with a touchscreen and tilting design. The A1 features the same new UI from the A7S III.

The new autofocus system has 759 phase detection points and real-time eye AF for humans, animals (photo and video), and for the first time on an Alpha camera, birds (photo only). The tracking algorithm can even maintain focus if the bird suddenly takes flight. 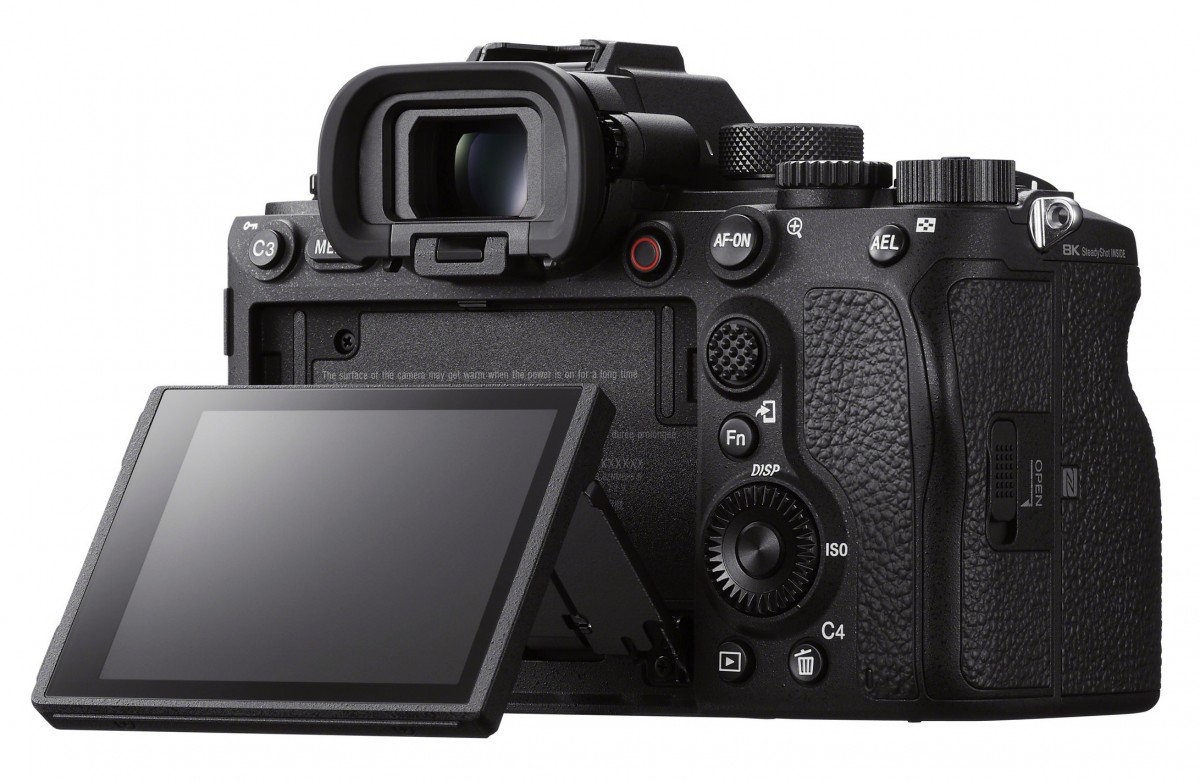 The A1 features an improved electronic shutter with 1.5x less rolling shutter than the A9 II. It's also the first camera to offer anti-flicker continuous shooting in any lighting condition. And for the first time on an Alpha camera, it can sync up to 1/200 of a second with a flash. Meanwhile, the mechanical shutter can do it at 1/400 of a second thanks to a new lightweight carbon fiber shutter curtain and dual driven shutter system.

Heating has become an issue on these cameras as they keep getting smaller and doing higher resolutions. Sony says the A1 can do 8K video for 30 minutes, thanks to its new heat-dissipating structure inherited from the A7S III.

The A1 also inherits some of the color science from the more expensive cinema cameras, such as the FX6, FX9, and the VENICE. It supports the new S-Cinetone color profile, the first for any Alpha camera. It can also do S-Gamut3 and S-Gamut3.Cine color, which should make it easy to color match it with the aforementioned cinema cameras from Sony. The full-sized HDMI offers 16-bit RAW output to an external recorder.

The A1 has built-in image stabilization, promising 5.5-step shutter speed advantage. The camera also saves gyro data, which can be imported in Sony's Catalyst Browse software to stabilize the footage.

The A1 also has some serious connectivity, including a Gigabit Ethernet, dual-channel 2x2 MIMO 802.11ac Wi-Fi, and USB-C. You also get dual card slots, with each slot capable of taking the UHS-I and UHS-II SDXC/SDHC cards or the new CFexpress Type A cards. Lastly, there will also be an optional battery grip (VG-C4EM) that will double the battery capacity.

The Sony Alpha 1 is priced at $6500 and will be available in March 2021. The A1 is aimed at wildlife, sports, landscape, wedding, and product photographers or photojournalists who want the best, and have already invested in the Sony ecosystem. It should also double up as a very competent video camera, as it basically inherits everything from the critically-acclaimed A7S III and takes it even further with 8K support. It competes with the Canon EOS R5, although the R5 does have issues with overheating. If you want a camera that seemingly does it all, the A1 should be high up on your list.

Of course this will happen and actually this already happens. There is a Zeiss camera with Lightroom and there are many large cameras with multi frame noise reduction. Nikon cameras have Active D Lighting, etc.

Well maybe. But i still rather have Cannon than Sony brand. Reason pretty simple. Sony stickers makes 50% price of any device.