Sony announced new ultra high-speed XQD and SD memory cards along with adapters for newly launched cameras such as the Nikon D5 and the D500 that were launched at CES. 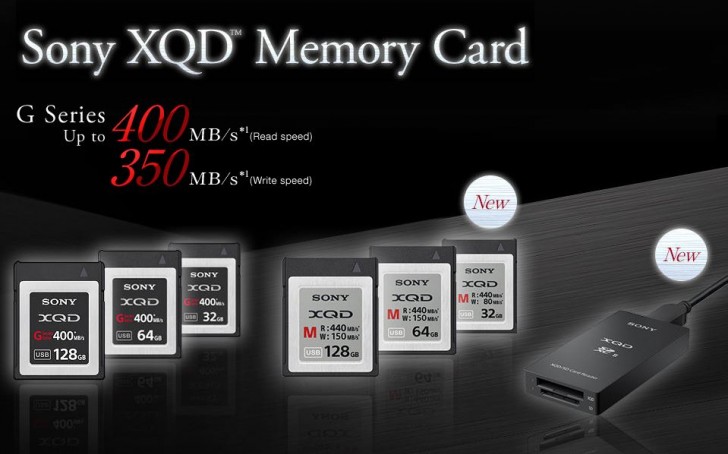 The XQD-M series of cards have a read speed of up to 440MB/s and write speeds of 150MB/s, which should be perfect for burst capture of RAW images, 4K internal recording, and quickly transferring all that footage onto your computer. The XQD cards have a sturdier design for additional reliability.

Sony also announced a new UHS-II supported card reader (MRW-E90) for quick transfers to a PC. It supports both the new XQD and SD cards that were announced and connects over USB 3.1.

Availability and pricing will be announced later.

phone are not ready to record in 4k at least in 2015. you see the weaknesses when tranfer it to your computer. focus are rubbish, noisy, limited record. the same with nokia 6600. can record for only 15sec, i think, i dont remember but its short. Same...

Why not mentioning the XQD-G series in the article ??it has a writing speed of 350mb/s

Yes, most phone with 4k recording capability can only do it for around 3minutes before it stop itself. Honestly, storage is one of the problem and overheating just make it worst. Smartphone are not meant to record in such high resolution in the first...