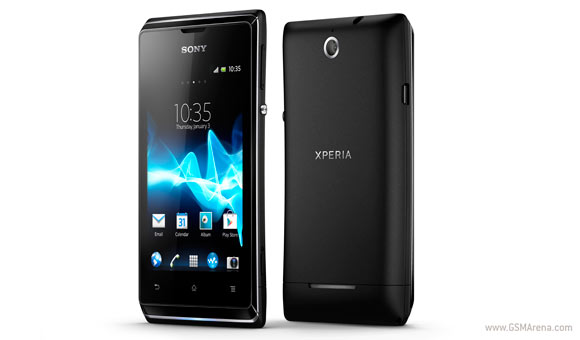 The Sony Xperia E duo consists of two affordable smartphones with a 3.5-inch displays of HVGA resolution and packs a Qualcomm Snapdragon MSM7227A chipset with a 1GHz CPU.

It may not sound like a big deal, but it's enough for the Xperia E to run Android 4.1 out of the box. The dual-SIM-packing Xperia E dual, however, will launch with Android 4.0 ICS with an upgrade to Jelly Bean coming at a later time.

At the back, both Sony Xperia E versions feature a 3.2MP camera, but there are no front-facing snappers to be seen. There's 4GB of internal phone storage, with 2.2GB of those being user-available. Don't fret, though, as there's a microSD card slot at your disposal.

The battery has a capacity of 1530mAh and Sony says it'll be good for up to 6 hours of that sweet HD Voice-enhanced talk time and up to 530 hours of Standby on 3G. Music and video playback are rated at 30 and 8 hours respectively, which sounds more than alright, considering it's been given the xLOUD Walkman treatment.

How much this telephone cost ?