The upcoming Sony C503X series of devices, codenamed HuaShan, has made another unofficial appearance, this time taking a trip to the AnTuTu benchmark database. 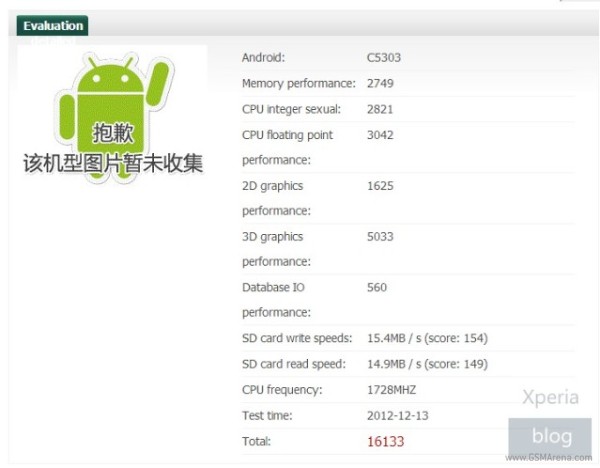 Not much info is revealed in terms of specifications, but we know that the processor is clocked at 1.7GHz. The number of cores is unknown, but most likely it is of the dual-core variety, as previous rumors pointed to a mid-rang device.

The Android version was detected to be Android 4.1.1 Jelly Bean, and the score of 16133 is quite good for a device of that caliber.

We'll update you on more news of the HuaShan as we get it.

Genious may have its limitation

Well that's a high-end phone this is a mid ranger