An image uploaded to Picasa has unveiled an upcoming Sony device carrying the C503X model number with the codename HuaShan. The info comes from the EXIF data of the photo. 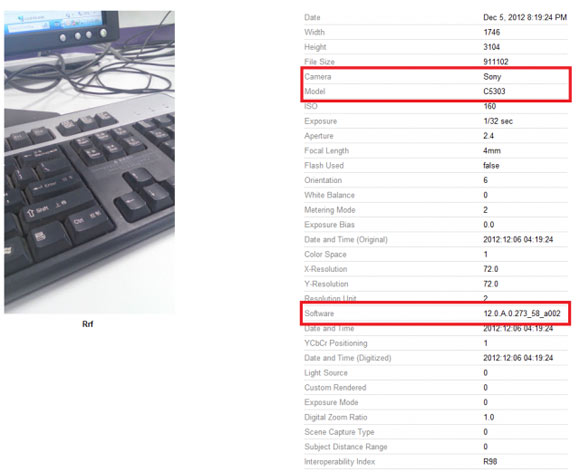 The data further reveals that the model number is likely to have some versions just like the Sony C650X Odin, hinting at eventual global availability. According to XperiaBlog sources, the device is going to debut in China and then make its way to other regions.

Furthermore, the firmware info of the Sony HuaShan shows an updated software version (12.0.A.0.273) or also known as eDream 12. The EXIF also reveals the camera of the HuaShan will have a 5MP sensor and f/2.4 lens.

There's not much more information available at this time, although it's speculated that the device will make its debut in early 2013. Chances are we'll see it in person either at CES or at MWC.

I would buy that also if Sony made one. Xperia Pro had the best keyboard ever on a phone, i miss that phone. 4.3 inch or more HD dual Krait side slider. Yam yam

Maybe it's because Sony doesn't advertise the UI that much nowdays.

Sony's display is a catch, that is why people buy the phone. Don't dictate what you want because you dont represent everyone. Get s brand with poor display that way you get 1gig, dual core, 200max.