The Sony Yuga had its display and quad-core Krait internals leaked in the not so distant past, and now its camera draws our attention thanks to a leaked Picasa sample photo. 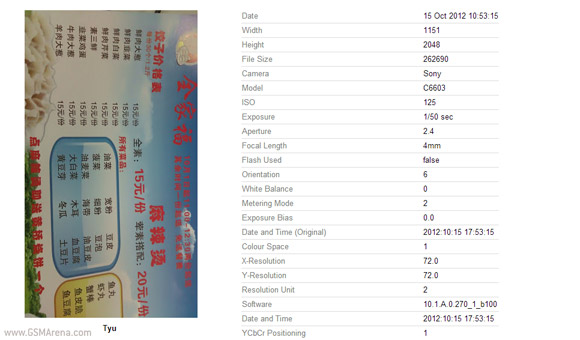 Other than that, the photo doesn't tell us much about Sony's future flagship Android device. The Yuga and Odin are expected to be Sony's flagship models for 2013 and might be unveiled at the Mobile World Congress in Barcelona at the end of February 2013.

Amoled is about the best out there on a strong rise in its early stages. Its arguable for now, but amazing. And LG make the best screens? Nah. But some of their top end ones as stated can be pretty awesome and they did make the nova display, but you ...

I didn't state that for a specific order even though it is in the right order already thank you. Nokia, Samsung, Sony. And thats just the norm. It switches around here and there. Ive seen in person, samples, uploads, and checked the comparison tools....

LOL. I love stupid trolls that know nothing. Sony is awesome, but you have zero knowledge in this field