Yesterday, we saw some leaked images of the upcoming Sony Xperia handset, known for now by the codename ‘Honami’. Now, a system dump of the device has surfaced, which reveals some details about the hardware and showcase some of the new UI changes. 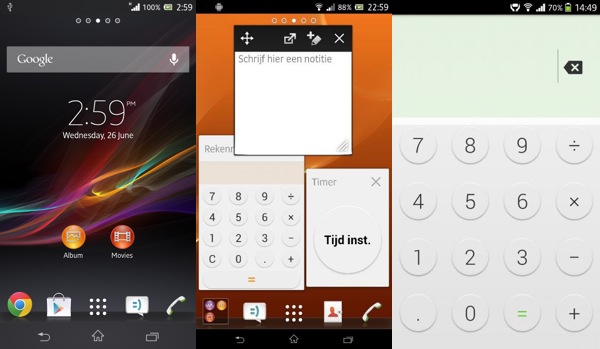 For starters, the phone seemingly runs on a Snapdragon 800 processor, has a 20 megapixel sensor and can record 4K videos in 4000 x 2000 resolution. The last spec seems interesting even though the aspect ratio is unusual.

Other than that, there are several changes to the UI on the phone. You can see a new clock, calendar, calculator and contacts apps. You can now place multiple Small Apps on screen at once and there is a new keyboard as well. Sony also seems to have added a new augmented reality app.

You can find more screenshots in the link below.

With you on that.

Ok. More more agreed now. The S4 camera is pretty awesome in it's category of thickness and MP. Al though the main draw back is less FOV, but not the worst thing. I think Honami will be awesome and think with good camera. Just not 20mp. It will hav...

I get you.I expect it to be,atleast 9mm if it is,pack good camera and battery.I just asked why thin devices can't have a good camera,take S4 for reference whose camera is second to none in the android world. Ofcourse thin devices may not be,able ...