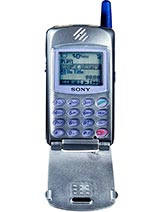 ive heard that the sony cmd mz5 can record music then use it for your ring tone, is that true or which phone is that. how many text messages can it hold. can it record voice like the siemens sl45.
thank u and please write back

hello:
i think for me its the best mobile right now ,so please i want to buy one or to order one gsm 900

where can i buy Sony CMD MZ5 here in the Philippines?

where can i buy the sony cmd mz5 in england? is it avialable in tunisia?
please can you reply to this as soon as possible! thankyou

i want buy that Sony CMD MZ5, how much the price is it? Is it available in Malaysia? and is it the latest products ?
Thank You for your Reading !!! :) :P

So stupid they didn't put an IR port on this phone; the rest is perfect, just perfect!

Oh yeah it's cutie and functional. Sony's fans gonna love it. Yet only if it could be slimmer (under 20mm thickness). Cannot slip it into back pocket.

to fat !!! a phone that is 3 cm thick !! outragious, who wants something that big in your pocket, the sl45 is better only 17 mm, now thats a good phone

Sony near enough always kick ass with this type of product and I believe the Sony CMD-MZ5 is no exception...

It looks far better looking then anything siemens has produced and utilises those sexy memory sticks for storing your sounds.

The Japanese phone companys are certainy catching up with the likes of Nokia.

A nice looking phone, but is it not a stupid waste of technology to mix mp3 players with cellular phones? I mean, people are already anti-social with the phone, and some people walk around with their headphones and CD-players... now, we've mixed the two evils... music and mobile telephony. Good idea?

Really interested in the product currently use a ericsson T28 . Wanted to check the price on the M25

i m intersted in to purchase ur sony z5 gsm command . give the addresses in america or canada. thanx.

To whom it may concern,
I just bought a Motorola Timeport a month ago only because it's the only phone that was small enough and met my needs.I recently discovered the Sony CDM-MZ5 and was amazed with the amount of features it had!In 1997 I bought my first digital phone and it was the Sony CMD-Z1,I had it for a year and I started to have some problems with it.I took it to Sprint(cellphone service provider)and they told me they discontinued this model.Well since then,I haven't seen a Sony phone since.Please tell me why this is.All my friends had this phone and loved it!!Why don't the sell Sony phones in the U.S.?I would return my Motorola Timeport in a second if the Sony CMD-MZ5 was available in the U.S. as I'm sure a lot of people would.
Thank you for your time.
Tomas Lopez