Sony Ericsson will be rolling out an update for Android 2.3.3 on their Xperia PLAY and Xperia Arc phones. The update will fix some security issues and will come with Sony Ericsson's latest Facebook integration which was introduced with the latest Xperia Mini and Xperia Mini Pro handsets. 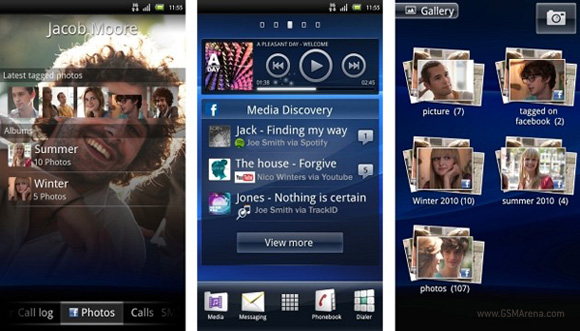 The fancy integration with the social network, dubbed Facebook inside Xperia, isn't new to us. It'll help Facebook become best friends with your Xperia phone by syncing the Facebook contacts, calendar and photos all together.

Unlike HTC, who are making an entire phone around the interaction with the social network, Sony Ericsson is just "enriching the experience", as Calum MacDougall, SE's Head of Web Service Partnerships, puts it.

Facebook inside Xperia, as the name suggests, is coming for all recent Xperia models, including the Xperia Neo, Xperia Mini and Xperia Mini Pro.

The Android 2.3.3 update is (hopefully!) expected next week.

Still no update in South Africa. Almost half a year later. Ugh.

Hey Guys, just wwanted to ask if this update has arrived in india..if yes how do we go abt it and update this? Pls help.