Germany just became the second country, after UK, where you can place pre-orders for the Sony Ericsson Xperia ray. The German Amazon site already lists the latest Xperia smartphone and the good news is that its asking price is lower than in the UK.

Amazon.de accepts your pre-orders already, with the handset cost fixed at €369. This translates to just £325, which is notably better than the £350 demanded by UK sellers. Of course, those are all pre-orders so things might change before the Sony Ericsson Xperia ray hits the shelves. 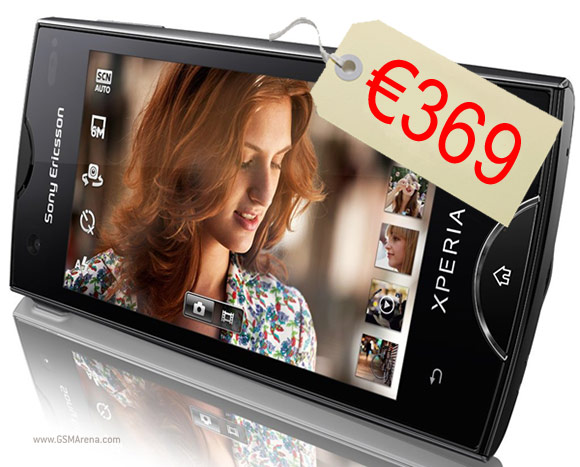 Unfortunately, Amazon.de hasn't given us an estimated launch date for the smartphone yet. Great Britain is said to be getting it on 15 August, but we wouldn't mind if Sony Ericsson finish with the i-dotting and t-crossing earlier.

We will be keeping an eye on this one, so if you are interested in it, stay tuned! Also, keep an eye on our homepage for our Xperia ray preview, which should appear later tonight.

What about the cost? in dollars?

The galaxy S II is 550 euro's I really don't know where you guys get the idea from that the phone is 270 euro's I work for a mobile phone company.(not to be named) You show me a store that sells it for 270 and I will buy 2 just to m...