Sony's upcoming flagship smartphone codenamed 'Honami' has been known to exist for quite some time now, with several leaks in the past and a launch event planned on September 4 in Berlin. We have heard almost all the specifications of the device by now, including the supposed 20.7 megapixel camera. With this latest leak, that last bit seems to have been confirmed. 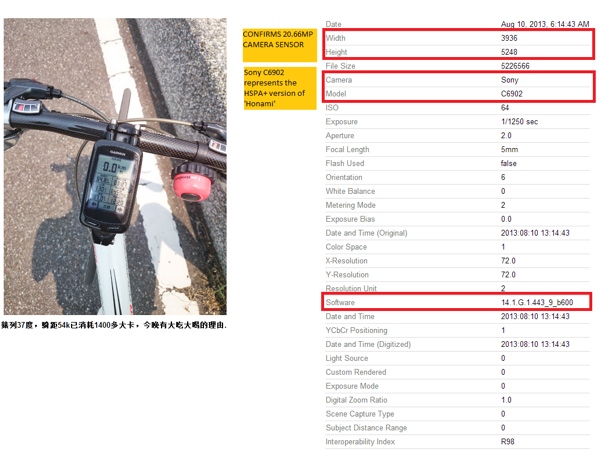 An image was uploaded on Picasa that, according to the EXIF details, was captured by the C6902, which has long been rumored to be the model number of the Honami. The EXIF also confirm a resolution of 5248 x 3936 pixels, which is approximately 20.7 megapixels, again matching previous rumors. The camera has a standard 4:3 aspect ratio (at least according for this image) and an aperture of f/2.0.

We are roughly three weeks away from launch so expect more details soon.

My Nokia N8 is better.

i'll definitely buy this.. just waiting when it released to my country..