This year's IFA marks one of the largest product announcements by Sony in one go. Alongside the anticipated Z3 flagship, the company unveiled the Z3 Compact, the next generation of the mini that ruled last season.

The flagship offerings were followed by a new device in Sony's entry-level E lineup, the Xperia E3. Touted as the company's "most affordable LTE device", the Xperia E3 is heading to emerging 4G markets and hopes to offer Sony quality in the lower price ranges. 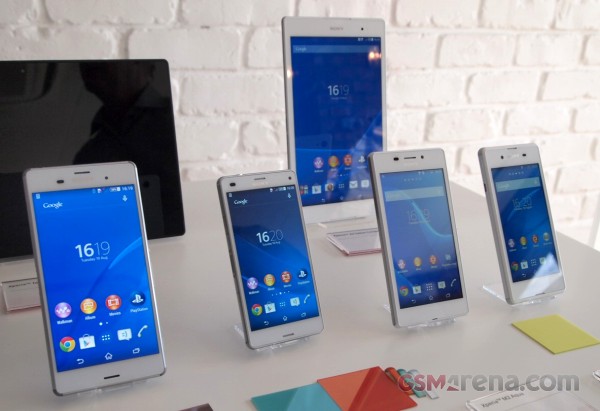 Moving on from smartphones, Sony is also outing its first compact Xperia tablet in the Xperia Z3 Tablet Compact. The Tablet Compact looks to offer Sony's robust Z-series performance in the sub-10-inch range, while keeping the weight and thickness down.

Finally, when it comes to wearables, Sony has updated two of its current smartwatches to provide even more robust functionality. The Sony SmartWatch 3 will be the first Sony device to run Google's Android Wear platform, while the SmartBand Talk takes its current SmartBand wearable and adds a 1.4" e-ink display as well as call handling and voice commands.

I have Xperia Z3 dual for 11 months now. Chapter 1: - After like 4 months the screen was separated from the body from above and at the begging they refused to fix it claiming that it's a miss use because (I PUT THE MOBILE IN MY POCKET) and becaus...

Z3 is the most wonderful phone ever.it got all i need.thank you sony for the grreat gadget ever.and for those who like samsung so much just bought samsung and no need fo u guys to gogo lala bad thing about sony.those who wear sony know the best.an u...