Sony Corporation has published its financial report for the 2016 fiscal year ending on March 31. Net income is listed at JPY 73.3 billion ($676 million) - practically halved year on year. However, Q4 figures are a marked success compared to last year's numbers for the same period - with a JPY 27.7 billion ($244 million) net income, Sony is now in the black, while in Q4 2015 the company reported a JPY 88.3 billion ($765 million) loss. 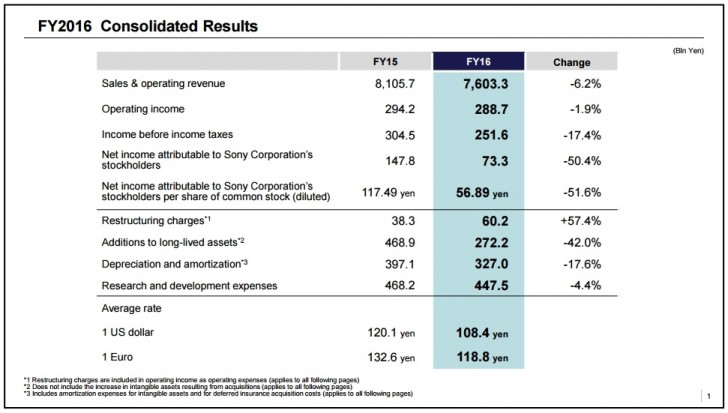 Meanwhile, the financial impact of the Kumamoto earthquake that shut down Sony semiconductor manufacturing facilities is estimated at JPY 52.8 billion ($487 million).

http://www.hoista.net/post/42353282830/the-evolution-of-the-first-waterproof-phones Next time I'll be coming with spoon to feed information to you guys

Every waterproof phone are tested in the lab to get the IP certificate, the OEM already giving the facts, because a lot of waterproof-phone's user is very creative, just like me I wash my Z2 with mild soap to clean it up. I know the acid is not free,...