On Sony Xperia’s YouTube channel, a video was posted featuring the unreleased Xperia 1 II (one mark two) with pro photographer Nick Didlick talking about its camera. Didlick has 40 years of experience in photojournalism and sports photography, and he talks mostly about the Xperia 1 II’s camera features.

Didlick normally shoots with a Sony Alpha 9 series camera, and he’s excited about using a similar camera experience on the Xperia 1 II. The Photography Pro app separate from the main camera app and gives control over ISO, shutter speed, and white balance.

This is the first Sony phone to use glass Zeiss lenses, so we’re excited to see what this camera will be able to do once we get our hands on it. This camera can also continuously shoot with focus tracking up to 20fps. Like the Xperia 1, the 1 II has human eye tracking, but the 1 II can also track pets’ eyes for focus.

The dedicated shutter button has always been a great feature on Xperia phones, and its nice to see here as well. Finaly, Didlick talked about using the display to preview the photos, this phone is expected to have a 6.5-inch OLED panel with 4K resolution and a 21:9 aspect ratio. 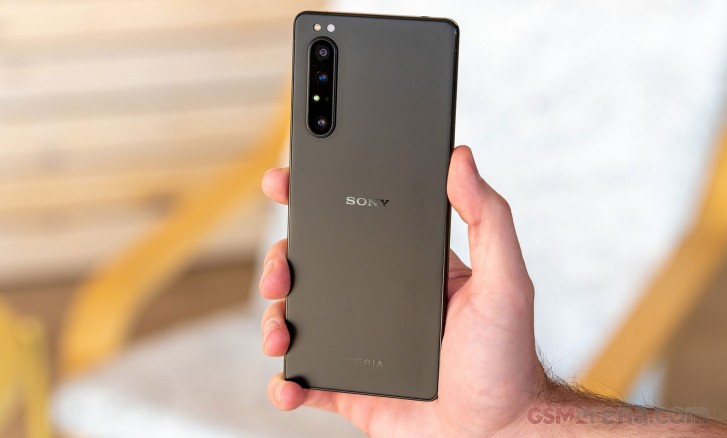 Some low-light samples shot with the 1II have leaked last month, but we’re still eager to see how it really does in general lighting conditions. This main camera has a 12MP sensor with f/1.7 aperture and 1.8 µm size pixels. Then there’s a 12MP ultra wide camera, a 12MP telephoto camera, and a 3D ToF sensor - which aids in calculating the subjects position during rapid-fire photography of shooting moving subjects.

The Xperia 1 II was expected to debut in Taiwan earlier this month, but only the Xperia 10 II was launched. We’ll be looking out for the Xperia 1 II and let you know when you might expect it to release.

Thats not true. Sony name in past means value and quality now every cheap brand such as Xiaomi does competitive quality products. Most people will swap their phone for new one every 2-3 years and for that case 200-300 eur xiaomi high end midran...

Man it doesnt matter truth is the own company cant make excellent products but the companies using trheir technology will always prevail. Sony is expensive but its brand name have no value anymore. Exactly same duplicate made by Xiaomi for exam...

Sony cameras have been and always will be the best. Most other companies use SONY sensors. It would be better to find out before you write anything.