Sony sends invites for IFA event, is it Honami's turn to go official?

With the Xperia Z Ultra (Togari) out of the way, Sony is gearing up for a new event, which will take place at the IFA premises but will take place two days before the exhibition opens to the public. So, what's left in the rumor mill? The Sony Xperia Honami is there, Sony's (allegedly) upcoming cameraphone flagship. 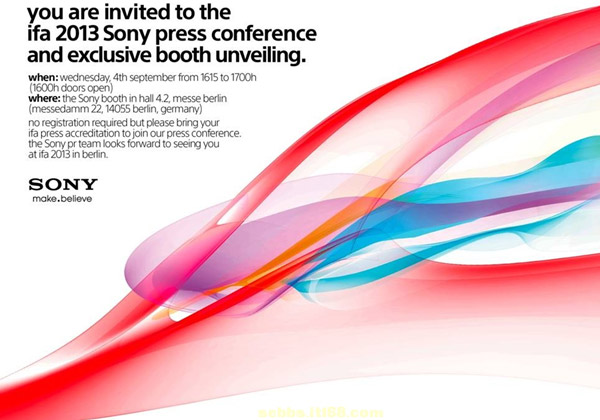 We've also seen images of the Honami - both live photos and press images.

Unfortunately, Sony's invitation is a lot more subtle than Nokia's so those are just rumors for now (no "20 million reasons" teaser). Anyway, we expect IFA to bring a number of interesting devices and we're keeping our fingers crossed that the Sony Xperia Honami is one of them.

Then why did you feel the need to push the subject so far in the first place and tell me what I said about the S4 Amoled was not true? Why would you do that if you could not handle me standing my ground back?

You know what,I had enough. The buses thing had nothing to do with nit picking. Amoled is improved oled ,ips is improved LCD,ips panels are used in larger displays commonly,so is oled,but not amoled,that's what I meant by that Oversaturati...

There you go again. My point is this:movie mode has cooler WB.Then how can,it make images look more natural than LCD which also has higher color gamut and accuracy.