Sony to hold a press event in Moscow on March 18

Russian tech site Hi-Tech Mail has learned that Sony will hold a press event on March 18 in Moscow. Boosted by the wild success of its Xperia Z flagship, the company is set to announce its refreshed mid-range lineup in the face of the Xperia SP and Xperia L. 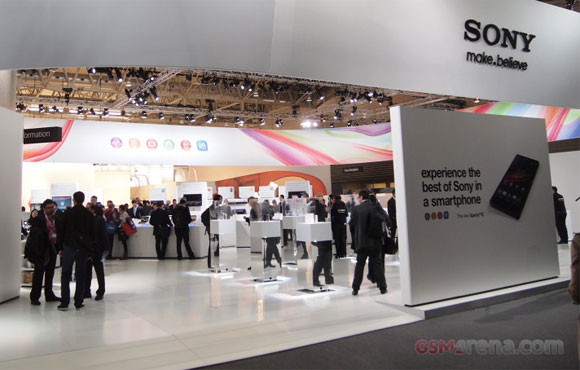 Furthermore, the report from the source goes on to list some key specifications for both devices, which are destined to stand between the Xperia Z and ZL and the budget offering Xperia E that was unveiled at the start of the year.

The Xperia SP is reportedly running on the Qualcomm Snapdragon S4 Pro MSM8960T platform with 1.7GHz dual-core processor and Adreno 320 GPU. A 4.6" display of 720p resolution is at the front, while an 8MP snapper with an Exmor RS sensor will head the camera department.

The internal storage of the Xperia SP will be limited to 8GB, with Sony including a microSD card slot for additional expansion. The source also points out that the device will sport an LED strip at the bottom, which will notify you for missed and incoming calls, texts or email.

As for the Sony Xperia L, it's allegedly built around a 4.3" screen with a resolution of 854x480 pixels. It packs a dual-core Snapdragon chipset running at 1GHz and Adreno 305 GPU. The phone will feature the same 8MP camera with Exmor RS sensor, 8GB of internal storage and microSD card slot.

lg is now the third largest mobile manufacturere ! lg is back!

Guys i had the 2 black glossy Z and white ZL and to be more accurate , both are just perfect the screen is amazing , the camera is just wow and those whom talking about prices just look around on the adiotic prices of the Unlocked G_S-III ...