The Sony Xperia L joins the mid-range ranks in Sony's smartphone portfolio with a cameraphone twist to it. The Xperia L is equipped with an 8MP camera, which uses Sony's latest mobile Exmor RS sensor and offers a built-in HDR mode for both stills and video. What's more, the smartphone comes with a dedicated camera shutter key.

As for the rest of the features on the Xperia L - the whole thing revolves around a 4.3-inch screen with a resolution of 854x480px and a scratch-resistant cover glass.

Under the hood there's a 1GHz Qualcomm MSM8230 chipset, which utilizes a CPU with two Krait cores so performance should be respectable. 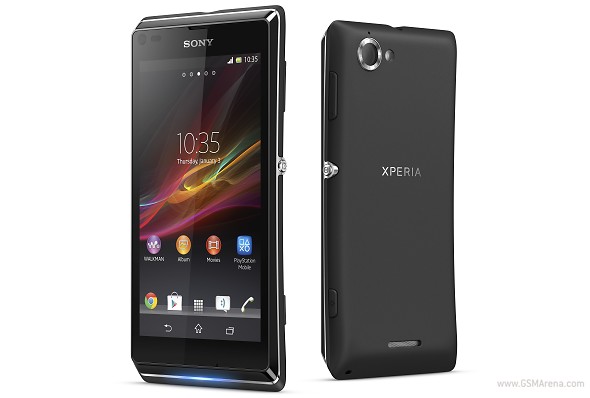 Even though the camera and the large screen will probably be the biggest selling point of the Xperia L, one of its highlights is the LED at the bottom of the handset, which produces some neat illumination effects matching in color the image you are looking at on the screen.

Wi-Fi, Bluetooth and 3G HSPA connectivity are a given, but there's also NFC support for one-touch connecting to NFC-capable accessories. 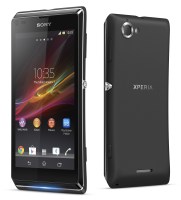 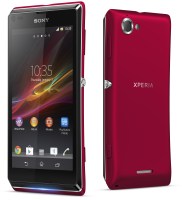 The Xperia L has a 1900mAh battery and a battery STAMINA Mode for optimizing power consumption.

The Xperia L will be available in white, red or black and will run Android 4.1 Jelly Bean straight from its launch in Q2 this year.

We had the chance to have an early look at the Sony Xperia L, so don't miss our hands-on.

This phone has better design, rare camera is slow but the Pic quality is very clear, this phone never hangs, only remove back case of the phone is toughest and hectic part. I am using this phone from last 3.5 years till now I don't have any issue wit...