Walmart continues its tradition of leaking products early and the latest to fall victim are the highly anticipated Sony WH-1000XM4 headphones. They are currently listed on the retailer’s website complete with a detailed feature breakdown and pricing. 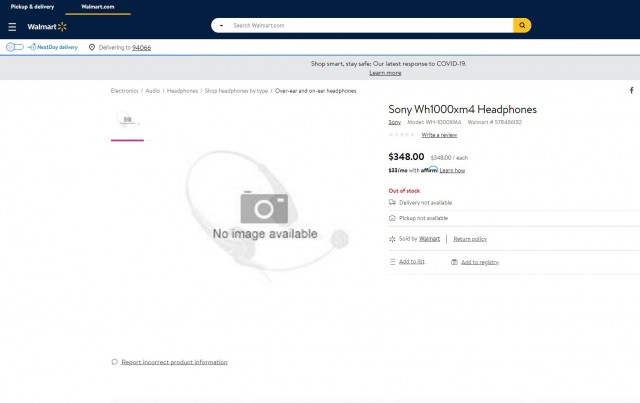 It seems the XM4s will be a minor update to the already excellent WH-1000XM3s with the addition of some new AI tweaks for real-time upscaling of compressed music files. The about section also reveals the new model will come with the same 40mm Liquid Crystal Polymer (LCP) drivers, 30-hour battery life and side touch controls. Sony's class-leading noise cancellation is also mentioned in the listing, but it's unclear if anything about it changed. 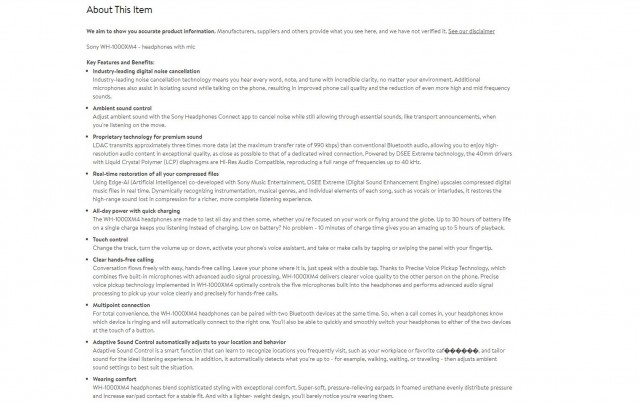 A while back, news broke out that Sony is ready to add a new “Smart Talking” feature to the XM4s which will trigger an ambient sound mode once it detects the user is trying to speak to someone and automatically adjust the music and noise cancellation after the conversation is over.

Earlier this year, we saw live photos of the headphones from a listing on Brazil's Anatel certification agency which confirmed the design. The new Walmart listing has the Sony WH-1000XM4 listed at $348 which is exactly the same price as their predecessor.

Photos and the manual of the Sony WH-1000XM4, the successor to Sony's excellent XM3 Bluetooth wireless headphones, just went up on Brazil's Anatel (equivalent to the FCC).

I will keep my xm3

ur right its creaking...but now after having them for over 2.5 years...i dont think they do...the creaking sound was coming from the hinges where the cups were swiveling...but after using them over a few months...they kind of stopped making that soun...