please don't call a display BIG/LARGE until its diagonal is 75mm*150mm+. screens these days are getting taller and taller but stuck in ~68.5 mm width with 400-403 ppi (1080p). it,s frustrating. I need a wider screen (75mm+) with sd855. please don't suggest me Lenovo Tab V7 or Mi Max devices. they are mid-rangers. Sony Xperia 1, this is not BIG. it's tall, narrow and weird. a phone is not all about viewing cinema in 21:9. what about surfing websites, viewing pdf, and other contents. you are getting a 5.2" equivalent screen for that.

Anonymous, 25 Feb 2019Great specification 4K OLED screen impresive, but very big smartphone, hope with same specs so... morethis is not BIG. it's tall, narrow and weird. a phone is not all about viewing cinema in 21:9. what about surfing websites, viewing pdf, and other contents. you are getting a 5.2" equivalent screen for that.

Shab, 25 Feb 2019Simply love itDisgusting phone compared to Mi9 by xiaomi which for a 1/3 of Sony price make faster phone with far more features and scred best score out of any android phone ever created on benchmark and doxmark.

Anonymous, 25 Feb 2019iPhones can outperform Android phones on less ram & battery capacity because the OS is bet... moreand even with better optimization they are far worse.
Just look how a 1650 euros XS max stopped charging due do bugs in their IOS.
And the slowing of older devices via updates???
And did you saw a video where a bloke run IOS 11 and 12 on Iphone 5s?
It was like a watching a video on a 3FPS.

Anonymous, 25 Feb 2019Gorgeous , different, ans still very unique altough a bit taller due to the aspect rario, stil... moreNot either of them.
Xiaomi Mi9 did a lot better and feature richer device for just 2999 CNY which translates to 393 euros.

Nice specifications but not satisfied with battery volume with 2k display... most bright and high pixle density. Real flagship

dik, 25 Feb 2019best phone in the worldman you are on a wrong search.
Mate 20 X was best phone in the world or a ROG Phone razer 2 phone and lets say Nokia 9 pureview.
But nothing of theses were better than top of the list which is Mi9 by xiaomi the phone which cost only 393 euros and scored most benchmark scores among all android phones also best DOXmark scores.

I don't know what's Sony problem really I am suing Sony since the old days of SE k-750i I have now z5p and his the worst battery ever existed however they made good phone but they don't compete now like what's they gonna lose if they made the phone with 8gb of ram and 256 or even 512 memory I mean nothing, chk ur competitors like xiaomi omg they r introducing phone with 12 gb of ram I know it's ridiculous and fp in display my z5p side sensor ain't fun miss firing all the time and the price omg 1k € that's alot tbh like I said competitiors gives u flagship specs with 400€ u really need to think about it Sony marketing team need to see the ppl demand not there demand.

nope, 22 Feb 2019sorry sony last shot, no 3.5mm i go samsung.Even evem S10 are last samsung flagships with jack.
Or why do you think they bundled wireless earplugs int the box if phone have jack???

User07, 25 Feb 2019Cmon. For a flagship phone with most expensive price and you still demand for the old school 3... moreexactly homie

imRGZ, 25 Feb 2019One way or the other Sony makes strange designs. Though the screen and cameras are stellar on ... morePrimary reason for the tall dimensions is film watching.

One way or the other Sony makes strange designs. Though the screen and cameras are stellar on paper for now, but its length is quite an obstacle for everyday usage. Taller than even the Note9, S10 plus makes it very hard to carry around. Hope they really make an exact copy in a more compact form.

Shab, 25 Feb 2019Simply love itReally don't get the people who hate it. This phone is absolutely LOVELY

tl:dr another fail by Sony

Total of 1998 user reviews and opinions for Sony Xperia 1.
ADVERTISEMENTS 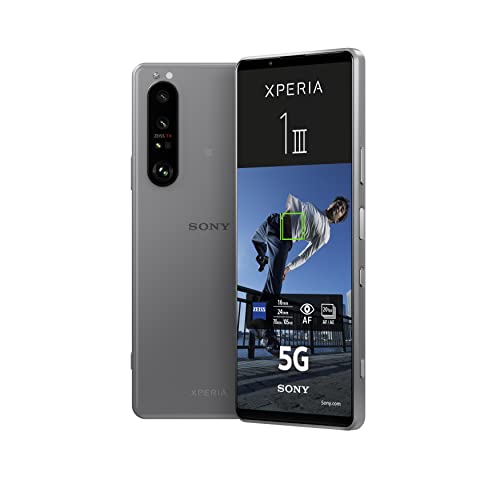