It's been a few months since the Xperia 10 II was introduced and it is finally hitting the shelves. In an increasingly frantic 2020 smartphone market, three months could, realistically, be the entire development cycle for some manufacturer's models. The Japanese giant has been taking its time. And while most of that time was spent on the flagship Xperia 1 II, the mid-ranger Xperia 10 II hopefully got some extra polish, as well.

Speaking of the Xperia 1 II, it has an apparent focus on the camera performance. The same can't exactly be said about the Xperia 10 II. Sure, it shares the same odd "Mark II" camera naming convention with its bigger sibling. However, even on paper, its camera setup is a far cry from that on the Xperia 1 II. Sony didn't hesitate to go for the cameras, while cutting-down the Xperia 10 II to size, or rather mid-ranger budget constraints.

The Xperia 10 II is a very distinctly unique "Sony" device, in more ways than one. Sony has always had a certain way of designing its smartphones around a specific core concept for form, function, and flow. Ever since the 2019 company lineup, most Xperia phones have stuck with an extra-tall 21:9 aspect ratio. You get the same distinct look with the Xperia 10 II, coupled with a 6-inch OLED display. That all adds up to a tall and narrow, yet surprisingly compact device. Like we said - a distinctly unique "Sony" look. 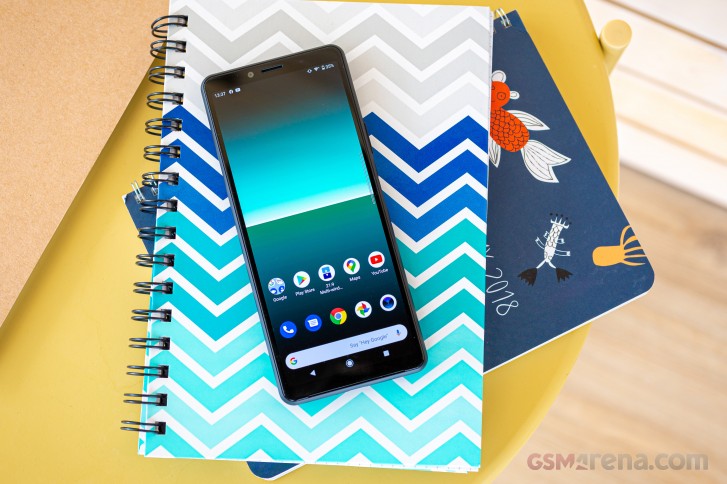 Elongating a mobile display to a 21:9 aspect ratio has its awkward consequences, but is also justifiable with Sony's continued belief in the future of cinematic video in personal electronics. By throwing a trusty old 3.5mm audio jack into the mix, the Xperia 10 II seems to almost have the on-the-go, futureproof video player image locked-down. Unfortunately, it misses this mark, as well, with the lack of a stereo speaker setup.

Looking at the Xperia 10 II specs sheet further, we can't fail to notice its IP65/IP68 ingress protection rating - a real rarity among mid-rangers. While that deserves some praise, the Gorilla Glass 6 front and back of the phone, coupled with its plastic frame and slick overall design, don't exactly scream "outdoorsy". 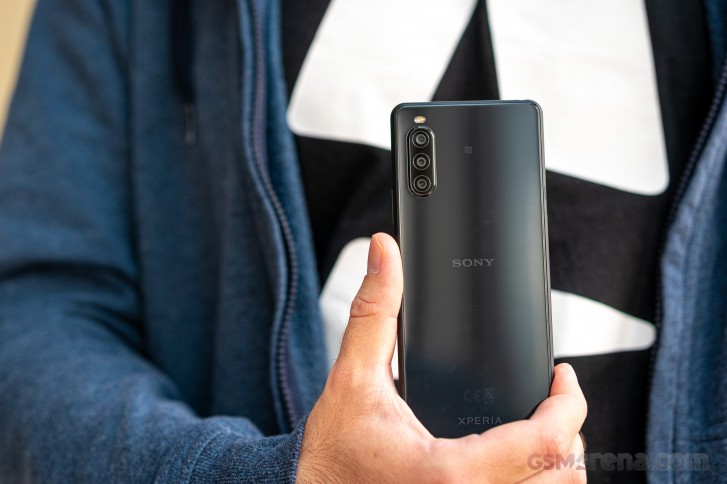 Not quite a camera or multimedia powerhouse, nor the definition of rugged, the Xperia 10 II clearly can't fit neatly in any stereotypical modern smartphone box. To be frank, with an MSRP of €350, it doesn't exactly scream midranger value either. All that said, it is undeniably one of the more unique devices to come out in 2020 so far. And in a sea of sameness, it might just have the right formula for many. Read on, as we try and work out if and how that comes together.

We didn't get much of an unboxing experience with our Xperia 10 II unit, since it came in a non-retail review package. Still, we did some investigating, and, unsurprisingly, end-user units will probably ship in a very similar retail bundle as the flagship Xperia 1 II. That should mean a plain, white cardboard, two-piece box, elongated to fit the skinny and tall Xperia 10 II. 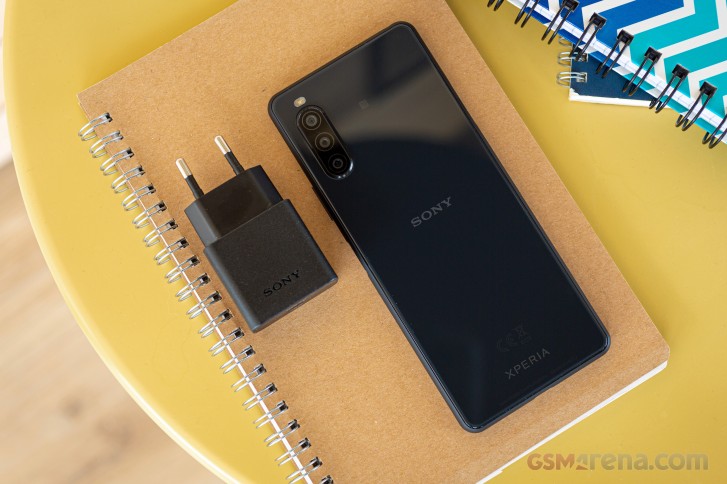 Accessories can differ from market to market. Sony is also in the habit of putting-out bundles for some of its headsets, with things like headphones. Hence, a quick check at your vendor of choice is advisable. From what we gather, like its bigger sibling, the Xperia 10 II will come with a basic pair of Sony AG-1100 buds in the box, a wall box and Type-C to Type-C cable.

Sony had an 18W PD charger in the Xperia 1 II box, which was not enough to saturate the 21W support of the flagship, but is a perfect match for the Xperia 10 II. It tops-out at 18W PD and also includes Quick Charge support. We've seen said charger in Xperia 10 II boxes from various sources, but, again, you are better off confirming the accessory package with your local retailer.

Sony's one of the Best affordable mobile. but amazon website is out of stock in india. im waiting for sony 10 II mobile in india.

Great phone at this price range, but the processor could have been a tad better. But other wise a superb midranger from Sony. The camera is pretty good too.

Big fun of Sony! So I have this model the last 6 months and I can say it's pretty good. Today I put it accidentally in the washing machine.. 15 minutes later I realized it was in there.. I didn't want to test if it's water resistant bu...