While Sony was originally about to announce a few Xperia smartphones at the Mobile World Congress (that event was cancelled), we barely know anything about them. We expect a new flagship phone called the Xperia 5 Plus, a new midrange device, which could be the Xperia 9, with a Snapdragon 765 chipset and, possibly, the Xperia 1.1.

Well we've stumbled upon a couple of leaks pertaining to the situation. Before we go on, be mindful that all of this is unverifiable so consider it highly suspect information.

According to insider Zachbucks the Sony Xperia 1.1 could have the same camera setup as the Galaxy S20+, which is to say a 12MP f/1.8 main camera, a 64MP f/2.0 hybrid zoom camera, a 12MP f/2.2 ultrawide and a Time of Flight 3D depth sensor. The leak continues to claim that 2 or even 3 out of the 4 sensors could be made by Samsung and not Sony.

Finally the Xperia 1.1 could be able to capture 8K HDR video - mind you that's not the "plain" 8K video the Galaxy S20 phones can capture, but rather HDR 8K video. HDR video capture isn't all that common on phones, even in 4K resolution (the Xperia 1 can do it), which is what makes this rumor difficult to believe.

In related news a render has surfaced of what is allegedly the Xperia 9 midranger. 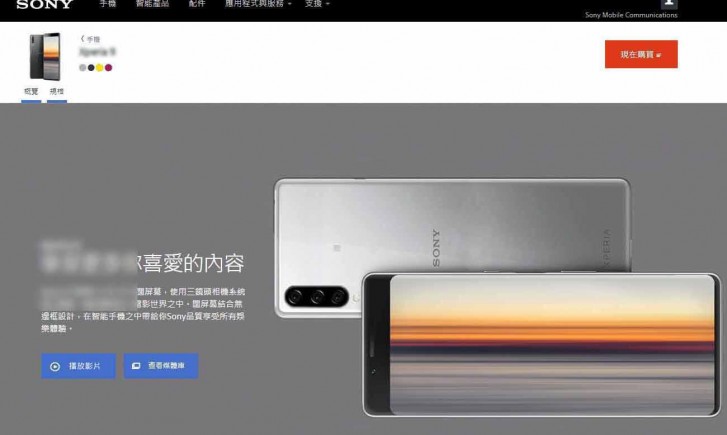 The render looks a bit ragged and could easily turn out to be nothing more than a fake. It shows a phone with a triple rear camera and a front with a tiny bottom bezel, nonexistent side bezels and a huge top bezel.

We don't know much about the rumored Xperia 9 save for the aforementioned Snapdragon 765 chipset. The name itself is quite questionable, although there is a gap between the Xperia 10 and 10 Plus and the Xperia 8.

Since they are on the 21:9 trip now I don't see them making a compact phone. How compact does a phone need to be to reach the top of such a screen with one hand?

Take off your tin foil hat and join the rest of sane, functional, and logical society. There is literally zero verifiable or factual proof on non-removable batteries being used for any type of spying.