Sony has sent out slightly different press releases for its new phones in each country, only some of which contain pricing and launch info – and here it is.

The Sony Xperia 1 II will come out in the second quarter of this year in Black and Purple. The full retail price is €1,200. Note that there’s no 4G version, only 5G, and only one memory configuration – 8/256GB (expandable with microSD cards).

The Sony Xperia L4, which was unveiled last week, will similarly come out some time in Q2. It will cost €200 at launch with a choice of Blue and Black paint jobs. This one has 3GB of RAM and 64GB storage, no other options as of yet. 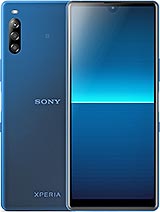 Note that the French press releases say “Spring” instead of Q2, but there’s little chance we’ll see the three phones before the end of March. The Dutch and Bulgarian press releases even say “end of Spring”, so our best guess is that the trio is coming in May.

After service w/Sony production precision, quality and as long as you're a gamer

Can someone tell me if I can use X1mk2 in Australia