A month ago we saw 3D renders of the Sony Xperia 2 and now images of a transparent case have surfaced to confirm the design. It’s very similar to the Xperia 1, except the triple camera has moved from the center to the corner.

The rest is the same, including the overcrowded right side of the phone. From top to bottom, there’s the volume rocker, fingerprint reader, separate Power button and the camera shutter key. 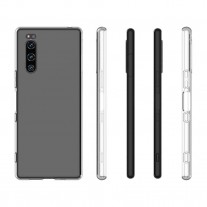 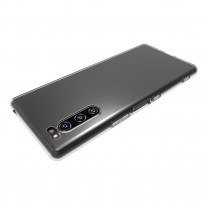 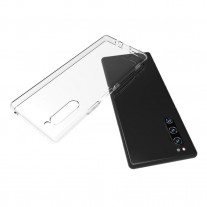 The Xperia 2 is expected to be slightly smaller with a 6.1” 4K OLED screen – still with that 21:9 aspect ratio. This should be the J8210 “Horus”, which may launch at IFA along with the J8010 “Sphinx”. There are also the Xperia 1s and 1v, which may use LCD screens instead.

I think, the price must be affordable for all

The 1 was different so it would obviously take longer.

People have hard time comprehending that but mostly due to Xperia brand not being relevant on the market so it's hard to figure out what's going on. Consumers are very well familiar with Samsung strategy, Galaxy S is the flagship while Note is halo p...