We already started along on the whole Compact tangent, but just how compact is the Xperia 5? Either not very, or a lot, depending on how you look at it. 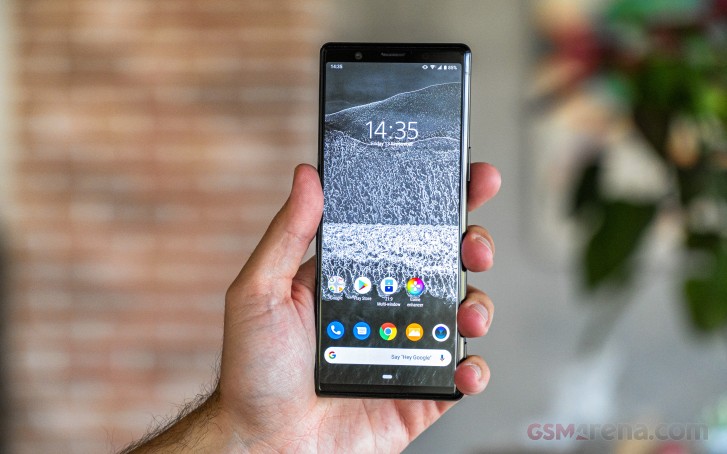 The phone measures 158x68x8.2mm and that's more than 3 centimeters taller than the last Compact, the XZ2 Compact from the Spring of 2018. The 5 is substantially thinner (some 4mm) and 3mm narrower, but there's no escaping the fact that it towers over the XZ2C. It's also taller than some current pocket-friendly competitors, like the Galaxy S10e (by 16mm) and regular S10 (by 8mm). 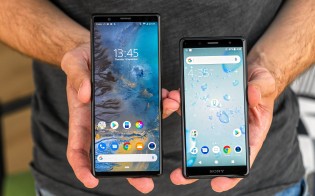 Sony Xperia 5 next to XZ2 Compact

Hold the Xperia 5 after having spent some time with the Xperia 1 though, and you'll see what we're on about. The 5 is smaller than the 1 (math teachers look away) and quite appreciably so. That's the in-hand experience at least, even if photos or numbers don't make the difference seem that huge. 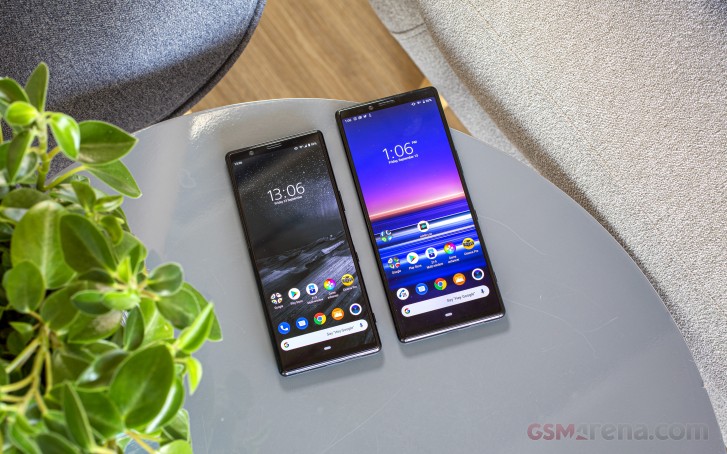 Then there's the matter of us gradually getting so used to the Pluses and Maxes around us that a handset the size of the Xperia 5 feels compact despite its 16-centimeter height. A welcome advantage of the Xperia 5's formfactor is that it's super comfy for voice calls - if you're still into that. 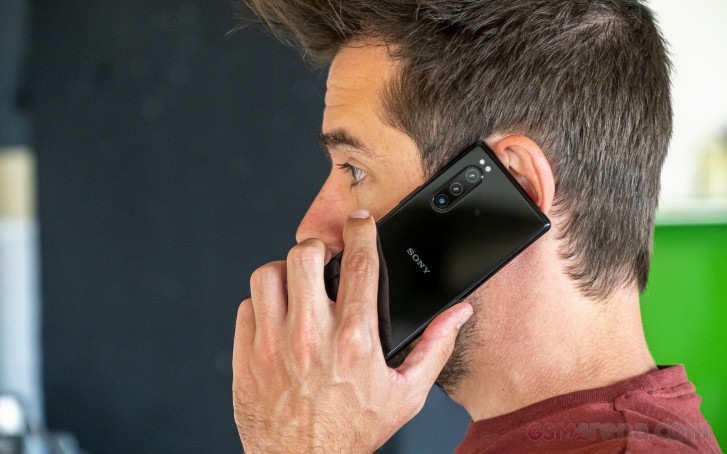 The Xperia 5 has a lot of the same genes as the 1 but there's that one very notable difference - the 5's camera assembly is in the top left corner as opposed to being along the central axis of the phone. The three modules share the same hump and there's also a single LED flash as well as a light temperature sensor - so same hardware as the 1, only shifted to the side. 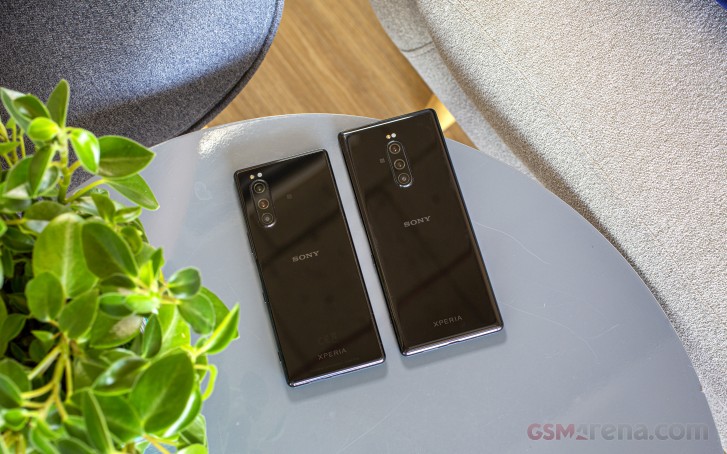 Other than that, the Xperia 5 is a similar rectangular bar of a phone with a very solid, chunky feel to it. The default glass sandwich build is here to stay and the two sheets of the latest Gorilla Glass 6 are held together with an aluminum frame. Naturally, a fingerprint mess is to be expected unless you opt for a case. Case or not, the Xperia 5 is IP65/68 rated for dust and water protection. 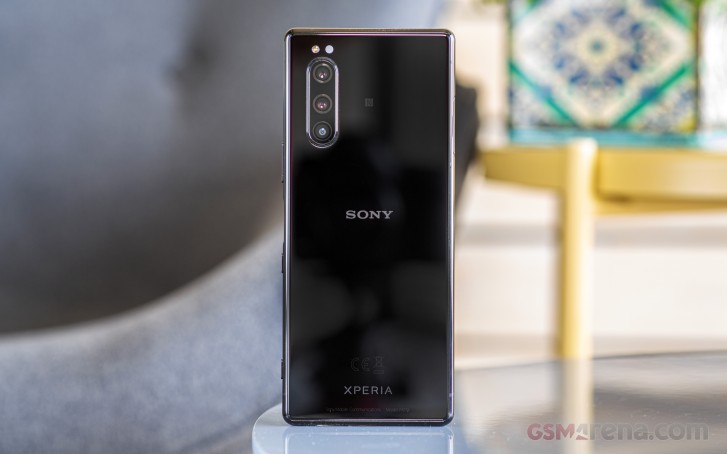 The Xperia 5 has the same control layout as the 1 and we're not entirely fans of it. You have the volume rocker, fingerprint sensor, power button and two-stage shutter release, top to bottom, all on the right side of the phone. The power button and volume rocker click nicely but perhaps could have been a little larger. The shutter release has a well defined half-press so that's nice, though we can't help but finds its existence a bit unnecessary in the age of touchscreens.

It's just that the fingerprint unlock is a frustrating experience a lot of the time. For one, the sensor is small, and additionally it picks up smudges so you sort of need to wipe it clean every now and then to ensure it'll function. And then, the phone gives you no feedback for a failed attempt to unlock, so you could tap it several times unsuccessfully, only to find out you've exhausted the available attempts and need to wait or unlock otherwise. Other bits you'd find around the Xperia 5's perimeter are the card slot, on the left side of the phone. It can take a nano SIM and a microSD card on the single SIM variant, while the dual SIM versions have a shared slots for the second SIM and memory card. Invariably, the phone will restart when you pull out the tray, but at least you don't need a pin for it.

Down on the bottom there's the USB-C port, which, in the absence of a 3.5mm jack, also serves as a headphone connector through the supplied adapter. The primary mic is around these quarters too, and here is where you'll find the primary loudspeaker, with a somewhat questionably looking grille in front. Up top, another mic helps with noise canceling and sound for video recording.

The nice 6.1-inch OLED display covers most of the front, its 21:9 cinematic proportions unobstructed by cutouts of any sort. In a world of minimal bezels and even 'waterfall displays', the Xperia 5 has a healthy amount of meat around its screen, but it's perfectly acceptable. 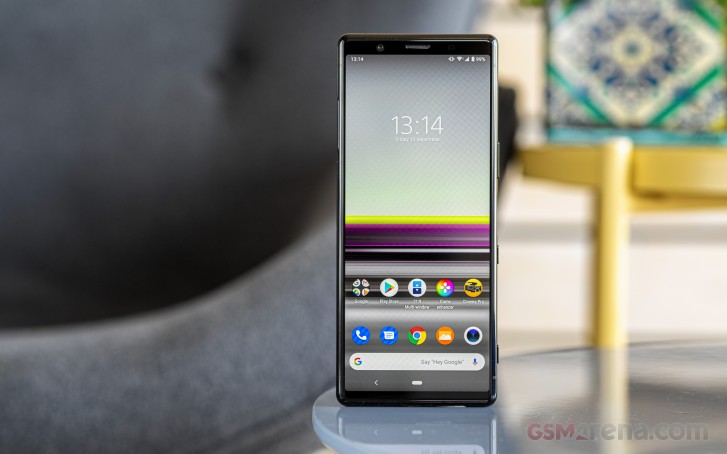 Above the display, Sony's fitted all the usual bits that bezelless phones struggle with relocating. The earpiece is in the center behind a mesh that tends to accumulate dirt over time, so a gentle touch with toothbrush every once in a while wouldn't hurt. The slefie camera is to the left, while the ambient light/proximity sensor pair are on the right. And a good old RGB notification LED lurks in the left corner, nice. 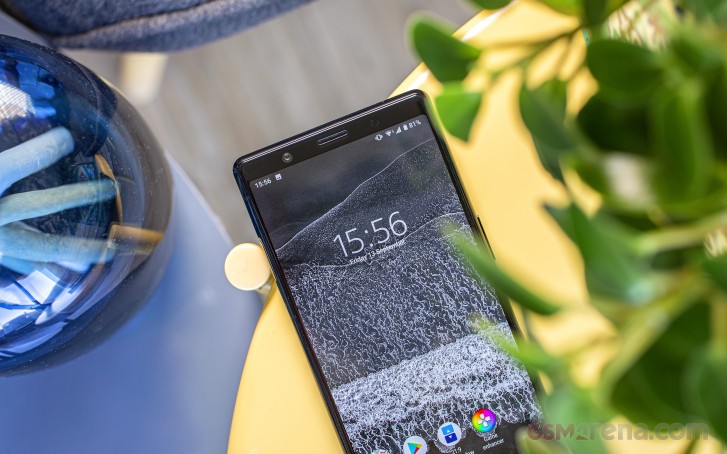