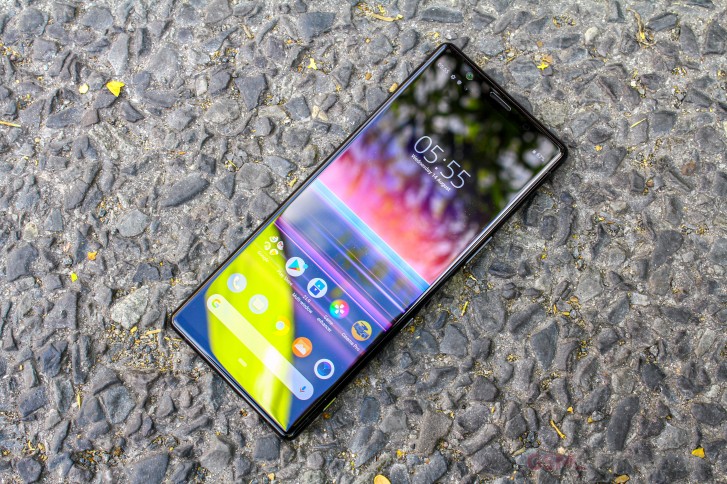 Then again, in today's era of behemoths, the Xperia 5 6.1-inch screen is in fact smaller than most smartphones released in 2019. More importantly, as previous Xperia Compact devices, this one doesn't make any compromises compared to its bigger sibling, hardware-wise, that is.

Essentially, it's an Xperia 1 in a much smaller footprint. The flagship Snapdragon 855 chipset is still in charge of things but this time around it's paired with 128GB of internal storage as a base configuration instead of 64GB while RAM is still 6GB. The most notable change in the small Xperia is the display - it shrinks not only in size but in resolution too. The 21:9 cinematic screen is now 1080 x 2520px (FHD+), which is a considerable downgrade over the Xperia 1 that has a 1644 x 3840px resolution. But that might not be such a bad thing after all.

As you can see, there's little difference between the two, even design-wise, which is exactly what Sony was aiming for in the first place. Join us on the next pages as we check it out.

Listen Sony it's me DC boy people love the play station 5 but people don't no about the Sony Xperia Pro phone or any other phones you make I like the new phones but only way people will buy one have it as a bunble package 📦 Sony earbuds Son...

I owned 2 sony xperia phones, now I am owner of samsung galaxy s10e because of size. Sony- I no need showel !