The Sony Xperia 5 II wasn’t expected until October 20 in most regions, but the schedule in Japan and Taiwan has moved up slightly.

In Taiwan, the phone will go for TWD 30,000 and if you buy one before the end of October, you’ll get a WF-XB700 TWS headset for free which is normally worth TWD 4,000 (check out our review for more details). If you go through the Sony site or a Sony store, you’ll also score a TWD 1,000 coupon for accessories (just enough for the official case with a kickstand).

ETMall, for example, will start shipping units on October 12. The pre-order perks seem to include a Sony SRS-XB12 portable speaker, the kickstand case, a glass screen protector and a year of accidental screen damage insurance. 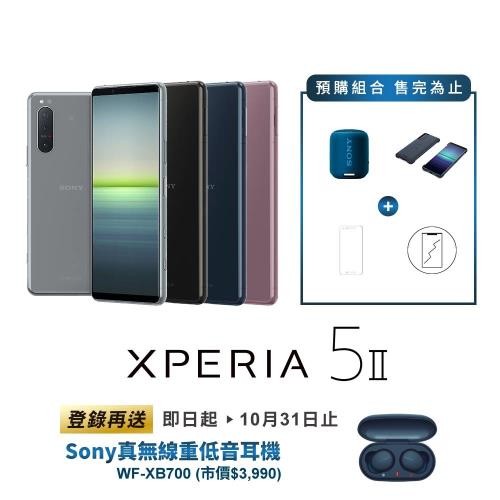 The three major carriers in the country will start offering plans for the 5G phone on October 15. From this Thursday until the 10th you will be able to handle the phone yourself (but not buy one yet) at Sony stores.

Japanese carrier au is accepting pre-orders for the Xperia 5 II, however the first units won’t be available until late October. Also, there doesn’t seem to be a pre-order bonus.

If you're pondering whether the Xperia 5 II is worth it, our review has the answers.

Xperia pulled out of the Middle Eastern market, your only option is to import from online retailers in launch countries.

when we can get this Xperia 5 in Middle east ?