Having already reviewed the Xperia 1 III, we knew what to expect from the 5 III in terms of image quality. Indeed, daylight shots from the main camera of the 5 III are essentially identical to the ones we get out of the 1 III, and they are very good. The level of detail is comparable to other 12MP cameras on the market, but Sony's detail is better - it looks more organic and less processed than what you'd see on a Galaxy, for instance. There's also hardly any noise to speak of.

Global image quality attributes like color rendition and dynamic range are hard to fault either. Colors have just the right amount of saturation to look pleasing without going overboard, and white balance was always accurate. Dynamic range is excellent, even though if it were up to us, the shadows could use some brightening up.

Here's a quick comparison with the Xperia 1 III.

The ultrawide camera, too, leaves little to be desired. Sharpness and detail are very good, while noise remains minimal. Dynamic range is excellent, and colors are perfectly matched to the ones from the main camera, making for consistently likable results.

And once again, here's a comparison between the two Xperias.

It's the telephoto camera that presented us with a bit of a surprise. The Xperia 5 III captured sharper images than the 1 III, at both focal lengths, leading us to question how representative our Xperia 1 III review unit was for the product as a whole. While we'll be looking into it and trying to secure another 1 III to re-examine its telephoto performance, let's look at some of the 5 III's zoom shots.

The 5 III's photos capture fine textures at 2.9x zoom and have good edge definition and micro-contrast. The pixelation we mentioned when talking about the 1 III is present, and there us some noise too, but neither is a dealbreaker. Once more, we can praise the wide dynamic range and the vibrant colors.

The comparison below clearly shows the Xperia 5 III is superior to the 1 III unit we had for review.

The 4.4x setting doesn't change much in terms of image quality, and the Xperia 5 III delivers good zoomed-in shots. Sharpness is on point, there's plenty of fine detail, and micro-contrast is high once again.

We can't really say those things about the Xperia 1 III's images we shot side by side with the 5 III.

It's worth pointing out that we had no issues with focusing on the Xperia 5 III's tele, too, an area where the 1 III wasn't all too dependable.

In low light, the Xperia 5 III generally maintains that parity with the 1 III that we saw in daylight, but there are a few subtle differences.

The 5 III does capture sharp and detailed shots and balances that with noise reduction nicely. There's nothing to complain about color reproduction as we're seeing accurate colors and no loss in saturation. Again, we'd probably prefer better-developed shadows, but purist will argue that the Xperia's rendition is more true to life.

There were occasional situations where the two phones would produce different photos, like the blown out highlights in the 5 III's shot of the first scene below versus the more controlled rendition of the 1 III, or the over 1EV brighter exposure of the 5 III in the second scene. These weren't really representative of any trend that differentiates the two, so we'd call this a fluke.

The ultrawide camera of the 5 III captures sharp and detailed images too and maintains color saturation well. We wouldn't say we're fans of its tonal development, however, and we'd like to see a boost in the shadows - they're too dark as it is.

We observed little to no difference between the output of the ultrawide cameras of the Xperia 5 III and the 1 III.

The telephoto camera doesn't do a great job with darker scenes, where it struggles to collect enough light for a usable picture. In better lit scenes, however, it can take nicely sharp and detailed shots while keeping noise at manageable levels. Dynamic range is relatively good, though we'd generally prefer brighter exposures or at least lift the shadows a healthy bit, even if that would make noise there a little more visible.

At the 4.4x zoom level, picking up light get even tougher, so you better have well-lit facades if you want good pictures. When that is the case, the Xperia can get nicely sharp images with plenty of detail and good noise levels. You already know where we stand on the Xperia's exposure approach.

Once you're done with the real-world samples, head over to our Photo compare tool to see how the Sony Xperia 5 III stacks up against the competition. 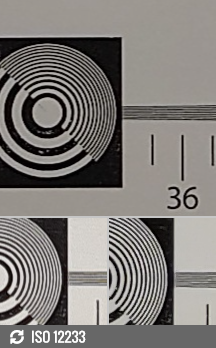 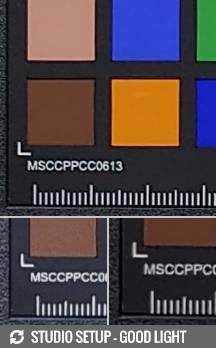 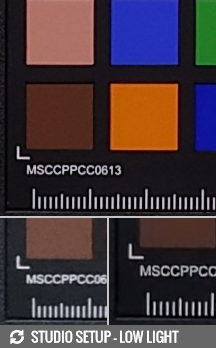 The Xperia 5 III has bokeh mode available on the main camera, as well as on both zoom levels of the telephoto. The main camera gets the highest quality images with excellent detail and blunder-free subject separation. The lack of full-on HDR processing makes backlit scenes less than ideal though, even if the bias for subject exposure is appreciated (and logical).

That's also the case with the telephoto camera - dynamic range isn't as strong a suit of Xperia portraits, but correct subject exposure is. Subject detection remains very good on this camera as well, and here it builds on top of the naturally superior perspective afforded by the longer lens.

Pixel-peeping reveals that sharpness is no match for the main camera, but both at 2.9x and 4.4x levels, it's easily good enough in the context of zoomed-in portraits - that's simply not something that a lot of phones even o in the first place.

We have no reason to go ecstatic about the Xperia 5 III's selfie camera - it's a simple fixed-focus 8MP unit. Even so, it takes fairly decent images in daylight, with good dynamic range and pleasing colors. Detail is satisfactory, considering the resolution.

We have fewer nice words to say about selfie portraits, where the lack of HDR processing can wipe out the highlights in backlit scenes. Subject detection is generally iffy too and err in both directions - it can miss blurring bits of background and also render parts of the subject as out of focus.

The Xperia 5 III's video recording capabilities are identical to those of the Xperia 1 III. With the Basic app, it tops out at 4K30 for all three rear cameras, with 1080p60 also an option if you're into high frame rates.

The Basic camera app captures solid 4K footage. It has excellent dynamic range, and colors are again just the right amount of saturated. As we saw on the 1 III, however, detail isn't quite up to scratch - while not bad in isolation, competitors will have it beat when it comes to recorded fine textures.

The ultrawide camera, on the other hand, is looking better against the competition in terms of detail, though it still can't rival the best (that would be the Mi 11 Ultra even though that monster isn't directly competing with the smallish Xperia). Dynamic range is respectable, and colors look good too.

As for the telephoto camera, what we observed in stills we're seeing now in video as well - our Xperia 5 III shoots sharper clips than the 1 III we had. We're getting good detail at 2.9x and well defined edges and textures. We had no complaints about color and dynamic range on the 1 III, and that is also the case with the 5 III's 2.9x zoom capture. Compared against the Galaxy S21, the Xperia would win easily.

Zoom in to the 4.4x level, and the 5 III continues the strong performance. Still not quite a match for the best of the best, it does compare decently to them, and it's easily leading in the compact class where such a long zoom range is hard to come by.

Camera shake from walking and hand-holding is thoroughly ironed out by the Xperia 5 III's video stabilization on the main camera. It also showed no issues with panning.

The ultrawide camera, too, will deliver very stable footage, with smooth pans.

The telephoto isn't as impressive, and at both zoom levels, it lets some shake make it to the recorded video. It's certainly an improvement over unstabilized footage, but it's not as rock-solid as the 5x capture of the Mi 11 Ultra. Then again, there aren't obvious competitors that outdo the Xperia in this respect either.

Here's a glimpse of how the Sony Xperia 5 III compares to rivals in our Video compare tool. Head over there for the complete picture. 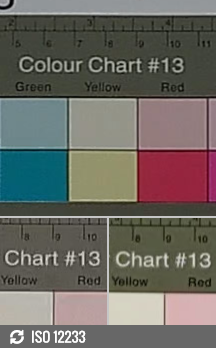