Sony Xperia A to debut on NTT DoCoMo on May 15

Japanese carrier NTT DoCoMo is preparing to hold its latest product announcement on May 15 and one of the smartphones believed to be on display is the Sony Xperia A. In fact, it has gone through the FCC for approval and has had some of its specs leaked. 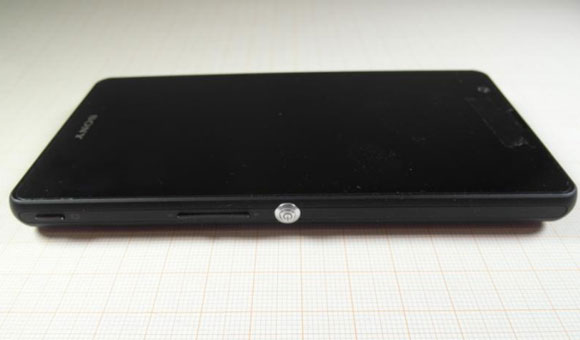 The handset pans out to be yet another high-end addition to Sony's 2013 line-up and takes similar features from the Xperia Z. One of them is the 5" display packing 1080p resolution. The Xperia A sports Sony's OmniBalance design and many will be happy to know that the 2300mAh battery is removable.

The power button on the right side is reminiscent of the Xperia Z's, as is the 13MP snapper at the back. The NTT DoCoMo bound smartphone is LTE enabled and features 16GB of built-in storage, but we are yet to known if it's expandable.

The Sony Xperia A in the flesh

Actually, one of the main features of the Xperia A still remains unknown and that's its CPU. The smartphone is likely to pack Xperia Z's S4 Pro chip. Happily, we won't have to wait much longer to find out, as NTT DoCoMo's summer lineup will be showcased on May 15. We'll have more details then.

You can get it from Japan. And Docomo unlocks their phones for 3150yen.