The Sony Xperia E3 audio output is quite similar to that of its more pricy stablemates. It managed some very good scores in our test, although its volume levels were far from impressive.

The smartphone had spot-on frequency response, great dynamic range, excellent signal-to-noise ration and no distortion when used with an active external amplifier. Very solid performance with the sub-par volume levels the only thing to potentially frown at.

Plugging in a pair of headphones causes an average increase in stereo crosstalk and introduces some distortion. Frequency response also suffers a bit, but none of the three readings are too bad overall and quite easy to accept at this price point. 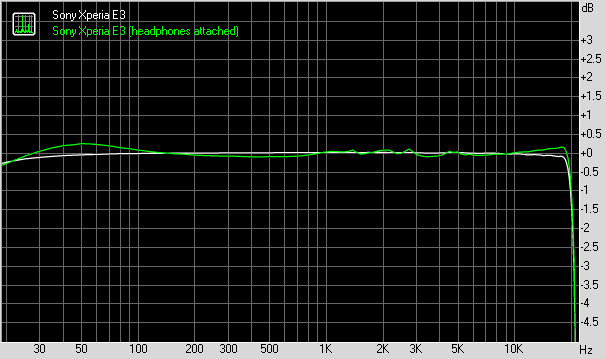 The Sony Xperia E3 was able to handle videos up to 1080p resolution. It had issues with the AC-3 audio codec and failed to load sound in videos carrying it but that's mostly normal for smartphones these days. MKV movies didn't play at all along with FLV and some AVI files (most played fine). The most popular DivX and XviD played just fine.

The video player lacks subtitle support by default but offers a built-in movie editor that will let you trim videos and adjust speed.