After undergoing the thorough leak treatment, the Sony Xperia E5 was just made official today, without too much fuss. The handset can now be found on the company's website, along with a confirmation of its previously rumored specs. 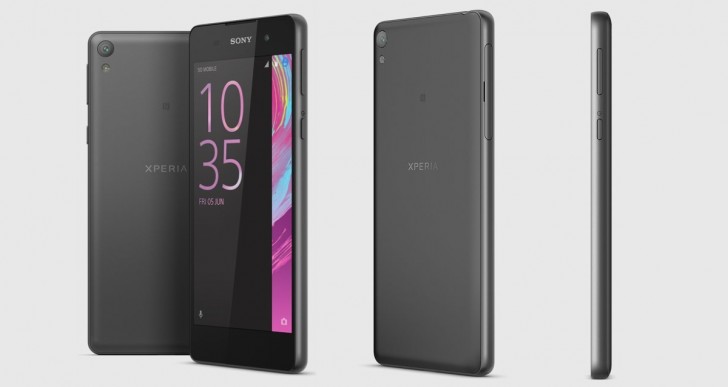 Just as expected, the Sony Xperia E5 is equipped with a 5-inch 720p display and powered by Mediatek's MTK6735 with four 1.3GHz Cortex-A53 cores. There's 1.5GB of RAM, plus 16GB of expandable storage to finish the picture of an entry-level device.

On the physical side of things, the Xperia E5 measures 144 x 69 x 8.2 mm and weighs in at 147g, which includes the 2,700 mAh battery pack. It should offer quite enough capacity for the Mediatek chip in question, with Sony promising "up to 2 days battery life".

The phone's camera setup consists of a 13MP main shooter with a single LED flash and a 5MP one on the front, also equipped with its own flash for better low-light selfies. Other features on the smartphone include NFC, Cat.4 LTE connectivity, as well as optional Dual-SIM support.

It is offered in traditional white or black colors and boots Google's Android Marshmallow. You will need to shell out €199 to get one when it launches.

did i talk to you last time or not? sony is better but sony is just releasing late so many consumers will say that the phone is outdated!

Compare it with j5,LG k10 .how much is the difference ïñ price and specs