The Sony Xperia L3 has its coolest feature at the front - the notch-free 5.7" IPS LCD screen. It's of HD+ resolution meaning 1,440 x 720 pixels or 282ppi density. While not class-leading, that's sharp enough and makes for a wide 18:9 aspect ratio. 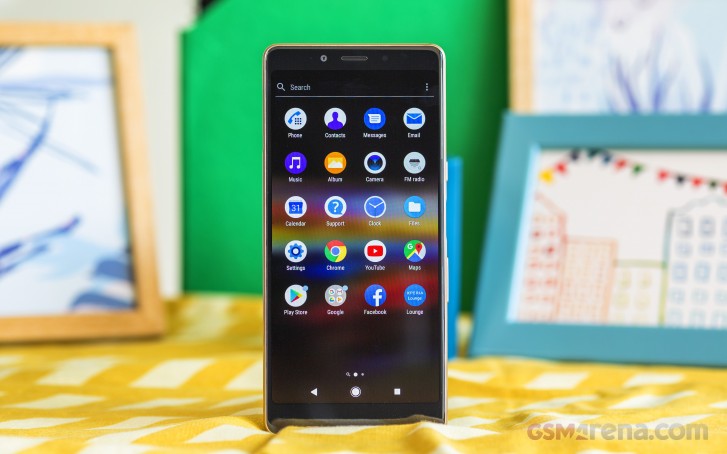 The display is protected with a Gorilla Glass 5 piece, but unlike other budget offers, the L3 doesn't come with a screen protector applied in the factory. Not that we will hold that against it.

The L3 display has a maximum brightness of 400 nits - not the brightest around, but not terrible and still usable under direct sunlight. The black levels turned out quite deep, though, so the screen scored an excellent contrast ratio of 1818:1.

When in Auto mode, L3's display can boost the brightness up to 430 nits - not a massive improvement, but it's something we guess.

The default color accuracy is above average with an average DeltaE of 4.6 and a maximum deviation of 8.7. The only saturated hues are the greens, which also hurt the white and grays.

The Sony Xperia L3 is powered by a 3,300 mAh battery - about average given the size of the phone. It can fast charge via USB Power Delivery protocol, but Sony ships the phone with a rather sluggish 7.5W charger. It will replenish just 25% of a dead battery in half an hour. If you want faster, you will have to purchase a speedier charger separately.

The Sony Xperia L3 scored an 80-hour Endurance rating in our battery test. It did marvelously on the screen-on-tests, as well as in 3G calls, but the mediocre standby performance hurt its overall endurance. 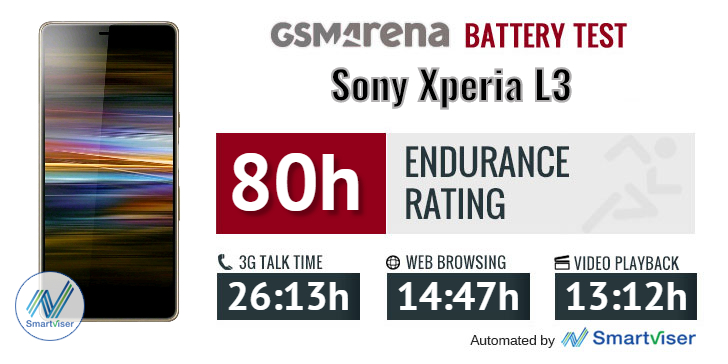 Our battery tests were automated thanks to SmartViser, using its viSerDevice app. The endurance rating above denotes how long a single battery charge will last you if you use the Sony Xperia L3 for an hour each of telephony, web browsing, and video playback daily. We've established this usage pattern so that our battery results are comparable across devices in these basic day-to-day tasks. The battery testing procedure is described in detail in case you're interested in the nitty-gritty. You can check out our complete battery test table, where you can see how all of the smartphones we've tested will compare under your own typical use by adjusting the ratio of the three types of usage as you prefer.

There is a single bottom-firing speaker on the Xperia L3. It posted a Very Good score in our loudness test and with that the good news ends. Unfortunately, the speaker quality is poor - it has a rather squeaky sound, feeble, and sometimes the output seems oddly distorted.

The speaker produced some unpleasant 95dB peaks that interfered with our test, but we eventually excluded those. For a phone, even though cheap, meant for multimedia enjoyment - the Xperia L3 won't provide you with an acceptable speaker experience.

The Sony Xperia L3 delivered nicely accurate output when hooked to an active external amplifier with no weak scores whatsoever. Its loudness was only avarage on this occassion, but considering the price tag that's a solid performance.

Sadly, headphones brought volume down to way below average, while introducing some shakiness to the frequenccy response and some intermodulation distortion. Stereo crosstalk rose as well, adding up to a mediocre overall performance. 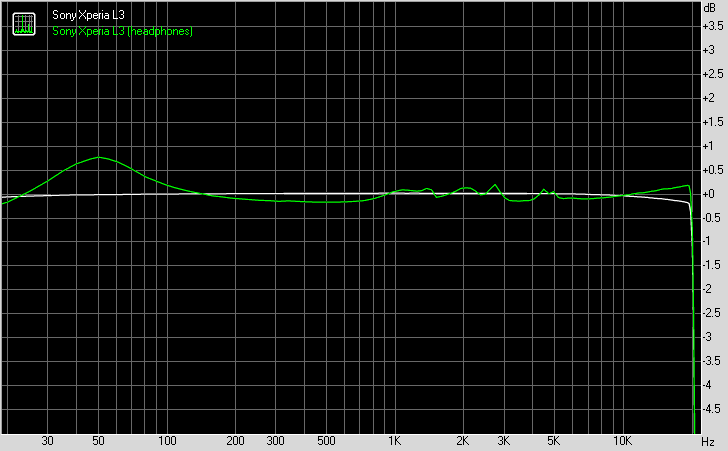