Going waterproof hasn't really affected the Sony Xperia M2 Aqua audio output and its performance is mostly identical to that of its regular M2 sibling. The smartphone had spot-on frequency response and no distortion in both active external amplifier and headphones attached test scenarios. The noise level and dynamic range were excellent, too.

The only degradation that plugging in a pair of headphones caused was an average bump in stereo crosstalk, but it remained better than on the vanilla Xperia M2. The other problem that might turn a few audiophiles with extra expensive headphones are the less than stellar volume levels in both test cases. 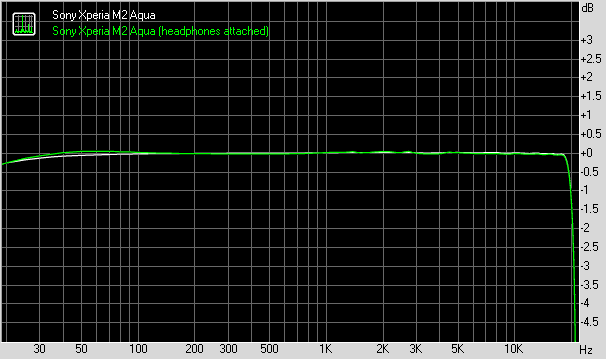 The Sony Xperia M2 Aqua was able to play most of the video files we threw at it but had some issues with MOV files. Videos with AC3 and AAC audio files didn't play as well. Still you can always download a more capable (codec-wise) third-party app from the Google Play store.