It turns out that the Xperia ion isn't the only hot device that Sony has prepared for US at this year's CES. The smartphone which leaked numerous times as Nozomi, finally went official under the name Sony Xperia S. 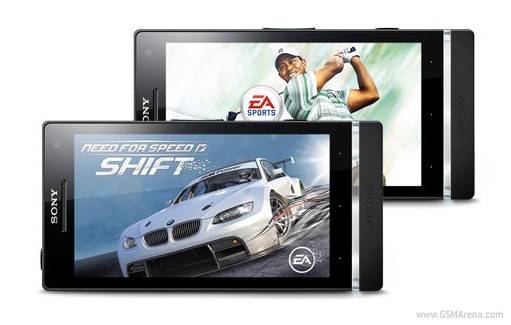 The Sony Xperia S features a 4.3" display of HD resolution (720x1280 pixels). The heavy-lifting is done by a MSM8260 chipset with a 1.5GHz dual-core processor and 1GB of RAM. The Xperia S offers 32GB of internal storage but there's no expansion option.

At the back of the Xperia S resides a 12-megapixel camera with Sony's Exmor R backlit sensor, while at the front there's a 1.3MP camera for video calling purposes.

Sadly, the Xperia S will come with Android 2.3 Gingerbread out of the box, but don't fret as it will get an Ice Cream Sandwich update in the second quarter of 2012.

The Sony Xperia S will be available in two colors - silver and black and should hit stores at the end of the first quarter of 2012.

think it the most wanting smart phones that sony did conquerancing wid iphones 4s nokia n8, n9 even wid samsung galaxy II..... wana get mine ... when it gonna be commercilise... at what price

actually most phones take the sandisk 64gb memory card , you just have to format it to fat32 before putting it in your phone over at xda our friend nztechfreak has done full tests on several mobile devices and as long as the card is foratted in...