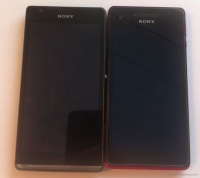 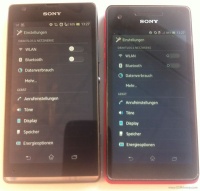 According to the information leaked by theAndroid-Hilfe tipster, the smartphone will come with a removable back plastic cover, which allows you to access the memory card slot. Meanwhile, the report also confirms that the battery is not removable.

The Sony Xperia SP will be available in three region-specific versions - C5302, C5303 and C5306. They will all feature a 720p display, Qualcomm Snapdragon S4 Pro MSM8960T chipset with 1.7 GHz dual-core Krait CPU and Adreno 320 graphics. The C5303 will also add LTE radio, while the other two will only offer HSPA.

Yes, I would agree the portable battery powered chargers are probably my best bet. There is a Proporta charger about the size of a credit card (with USB cable built in!). It has a very low capacity but I'm hoping the technology improves so one day so...

For backpacking(?) travelers there should be good tech goodies that can help man. External portable chargers aren't exactly bulky, of course they aren't as small as a spare battery. A solar charger may be the best choice for you. Your solar cha...

Yeah, there's nothing better than a good portable charger. Or a good solar charger. Removable or non removable battery. - L.