Sony Xperia T3 isn't the regular mid-ranger we've expected it to be. It comes with an excellent build quality and an extra slim profile, it's as snappy as you may expect and it's got some great imaging capabilities. We really like the displays Sony is putting on its latest Xperia phones and the Xperia T3's 5.3" IPS unit is great, too. The smartphone would have been the perfect mid-ranger if it was water and dust proof, but we can't have it all, can we? 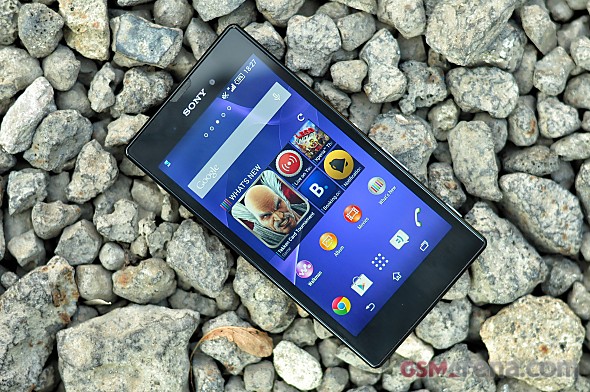 So, the Xperia T3 performed admirably in almost every task. The battery backup is enough to ensure you can enjoy for quite some time between charges. There is very little we miss in the Xperia T3 - the user-accessible battery and the uninspiring video recording being among the very few features that come in mind.

The Xperia T3 stands somewhere between the affordable Xperia M2 and the massive Xperia T2 Ultra phablet. It's in fact a more reasonably sized version of the T2 Ultra packing the same internals and quality display, but cutting off some screen estate and camera megapixels. It even comes with Android 4.4.2 KitKat out of the box plus the latest available Sony default apps.

Today the smartphone market is overwhelmed with mid-range phones and it's probably the segment where the manufacturers need to make their offers really stand out. And this is exactly where Sony failed. It didn't do wrong with the Xperia T3, it just can't shine among the last year's flagship, not yet. The pricing isn't right at launch and unless Sony fixes it soon, the Xperia T3 might be forgotten in few months.

The biggest threat to our guest of honor comes from Sony's lineup itself - the powerful Xperia Z1. It is water and dust proof, offers better screen, faster performance and premium camera capabilities. The Xperia Z1 costs even less than the Xperia T3, so Sony has literally beaten itself in its own game.

Then you can look at all of the 2013 top smartphones - the Snapdragon 800-powered LG G2 with 13MP OIS camera, the Snapdragon 800-powered version of the Galaxy S4 with better camera and screen, even the six-core Galaxy Note 3 Neo with Super AMOLED HD screen and cool S-Pen capabilities. Each of those phones is unique in a particular way and offer more than the equally, or in the case of Note 3 Neo higher, priced Sony Xperia T3.

HTC Desire 816 is powered by the same Snapdragon 400 platform and offers slightly bigger display for the same cash. It bets on a 13MP rear and a 5MP front camera sensors, comes with more RAM, richer user interface and a bigger battery. Don't forget the powerful stereo speakers at the front, too. Yes, it is another unique mid-ranger you will remember with its key features.

Sony either got the situation wrong or it didn't care for the market at all. Sony Xperia T3 is a great device, feature-rich and reliable, which will save the day for any task, anytime. It just isn't the head-turner as most of its competitors are. But with the right pricing it can do great, so it's up to Sony now.