The Xperia L2's lineage can be traced back to the Xperia E all the way back in 2012, but let's not get into ancient history. Sony's press materials only go two generations back to highlight how the E5 morphed into the L1, which now gets a due replacement that brings several notable improvements. 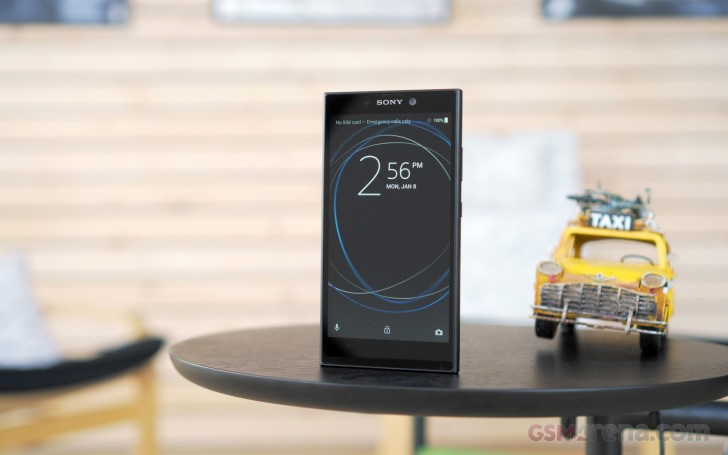 Being our usual superficial selves, we'll start with the looks. The L-series gets a design makeover to make sure it doesn't look out of place next to the XA2s (and, by extension, whatever models there are to come). It pulls it off nicely, minus the high-end sheen and feel of aluminum - the L2 is all plastic, not just the back like the XAs. 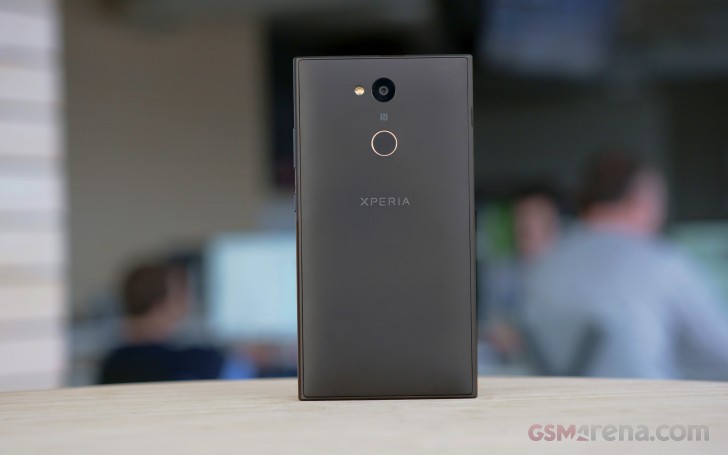 There's a fingerprint reader on the back too. Those are ubiquitous now and it's good that Sony didn't cheap out and skip it for its entry-level phone. Every phone should have a fingerprint reader these days. And a USB-C port, but that's a different matter. Sony got that sorted with the L1 already, and the L2 follows suit.

The shapes are mimicked truthfully - the curvature of the back is there, and the protective top and bottom edges stick out above the display glass just the same. The glass is flat-flat, though, the fluid effect of the XA2s didn't make the budget. 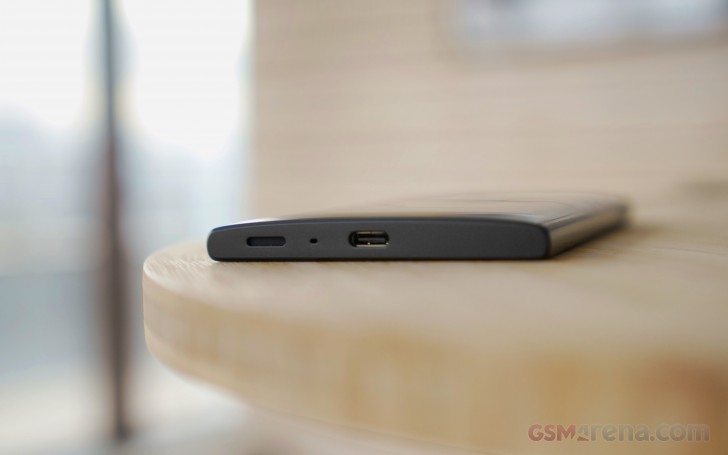 The display itself is a 5.5-inch 720p unit, just like on the last generation. It's clearly not of the same caliber as the panels on the XA-series, but if testing proves it to perform similarly to last year's model, there'll be no complaints given the L2's market segment.

Sony's all about ultra wide selfies this year and the L2 has the same 8MP 120-degree front-facing cam as its more esteemed brethren. Good for you, L2. 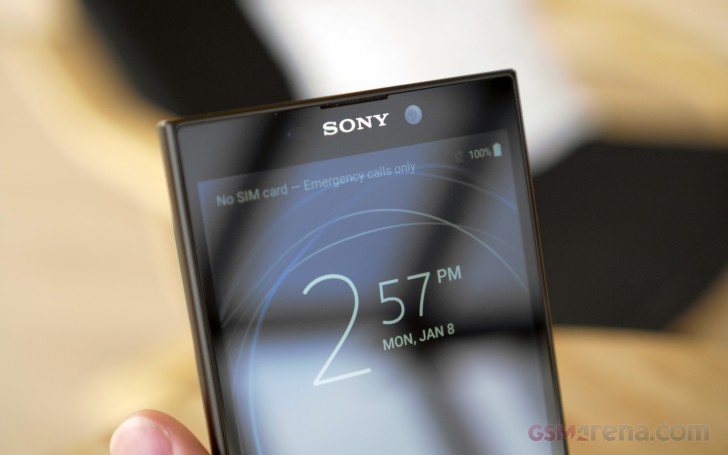 It's gotten a little wider, the L2, a whole 4mm compared to last year's model - that, we're not thrilled about.

What does resonate nicely around here is the battery capacity - 3,300mAh is a solid upgrade over last year's 2,620mAh. And with 3GB or RAM and 32GB of storage the L2's specsheet quite well rounded. Okay, the Mediatek MT6737T chipset with a quad-core CPU isn't spectacular, but it does a decent job, and we can't really have it all.

With the phones we also got to have a look at a small selection of flip cases for the Xperia XA2 and XA2 Ultra, with model names SCSH10 and SCSH20, respectively. Flip cases are a love it or hate it type of thing, and looking around the office the second group seems a lot more heavily represented. 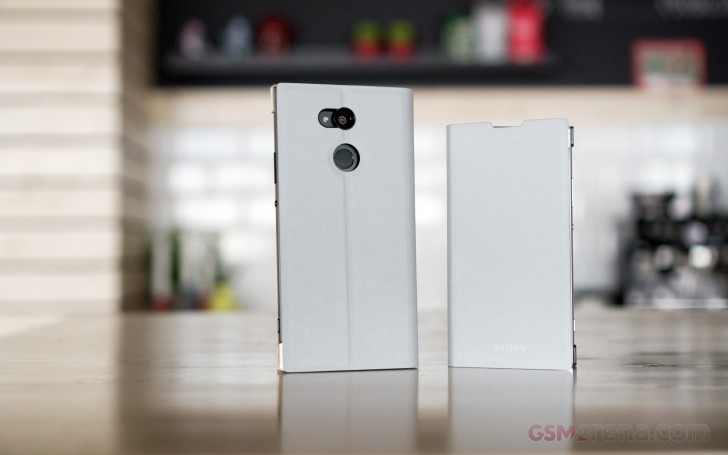 Our preferences aside, Sony's cases have magnets on the front that wake the phone up when you flip the case open, and similarly send it to standby when you close the thing. They can also double as a kickstand. On the outside they're made of a faux leather material that is soft to the touch. 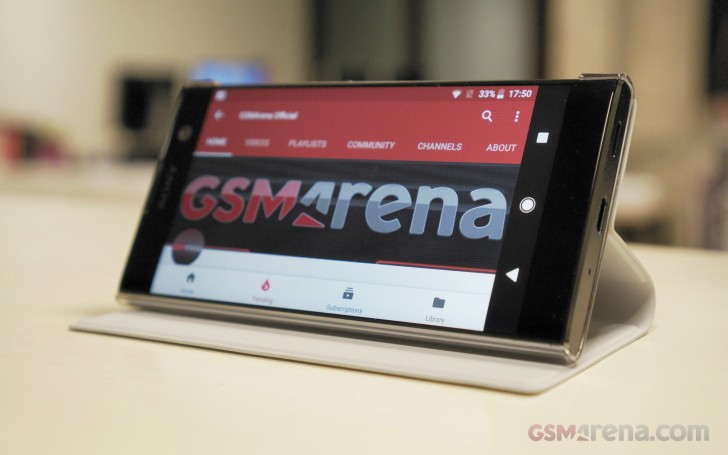 Mind you, the Ultra's case weighs in at 70+ grams, and together with the phone the ensemble is pushing 300g. And since the phones themselves are not very svelte, adding more than a few extra millimeters does make them quite bulky. They will be protected, that's for sure, especially if you leave them at home because they don't fit in your pocket.

Sony's wasting no time kicking off the year 2018 - CES in January marks the announcement of the Xperia XA2 and XA2 Ultra midrangers, plus an L2 lower down the ranks. After the brief time we got to spend with a few early units of the three models, you can label us excited. 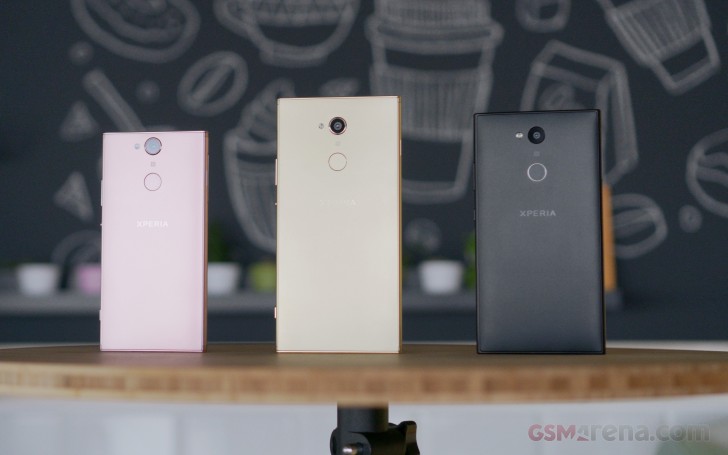 The Xperia L2 is a well-specced entry into the Sony brand, the XA2 Ultra stays true to its heritage with a huge screen and a strong selfie game, while the XA2 is once more the easiest Xperia to love. If that's a sign of what's to expect throughout the year, those XZ flagships can't come soon enough.