The XZs was a stopgap measure, the Xperia XZ1 is Sony’s actual next-gen maistream flagship. It will be smaller than the XZ Premium (a 5.2” screen is expected), but will share the Snapdragon 835 chipset, awesome camera and squarish design.

The latter you can see in these photos, which show the rear panel of the XZ1. They are metal, of course, and once all the seals are in, they should be waterproof too – the things we expect from Xperia flagships.

But what’s with the extra large flash hole? It’s bigger than the one on the XZ Premium. Perhaps the Xperia XZ1 will have additional focus features, but what? The Premium already has Laser AF and RGBC-IR sensor, they don't take up that much room. 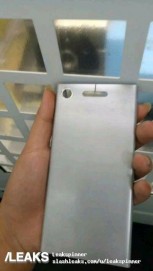 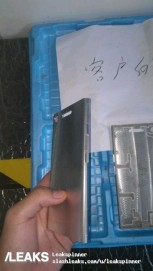 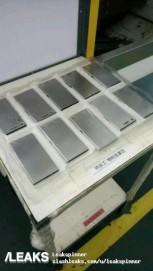 From what we know so far, the camera will features a 19MP sensor with 4K video capabilities, the selfie cam (12MP) will also do 4K video. It’s more than likely that the impressive 960fps slow-motion video mode will be available as well.

The Xperia XZ1, XZ1 Compact and X1 should be unveiled at IFA and go on sale as soon as September 10. We’ve heard $860/€720 as the price target for the XZ1, which could launch with Android O out of the box.

oh well, at least it's a good phone. The back resembles the iphone 7 but who's gonna see the back, what i care is the front of the phone

I am talking about your china-copycat-iphone-copy-phone. It's hideous with or without bezels.