Sony's yearly IFA press conference takes place on August 31, and we've already heard that we should expect three new smartphones to make their debut on that occasion. These have been leaking in various places over the past few months, and are rumored to be branded XZ1, XZ1 Compact, and X1. The first is expected to be the successor to the XZ, as you'd imagine.

The XZ1 is thought to bear the model number G8341, and such a device has been spotted in benchmarks already, revealing its specs in the process. Today a new leak brings us four live images of upcoming Sony devices, one of which is the G8341 as revealed through a shot of it powered on and displaying the About > System area of Settings. 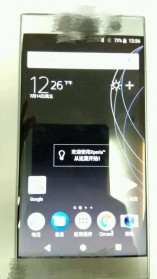 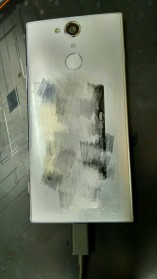 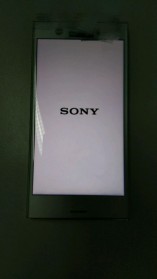 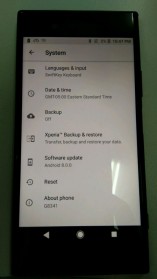 It's running Android 8.0.0, which means it might launch with this version of the OS on board - perhaps sharing that honor with the Nokia 8. The other three pictures show at least two different devices (check the placement of the front-facing camera if you're having doubts), but the images unfortunately weren't accompanied by any info that could help us better understand what we're seeing.

With that in mind, what's immediately obvious is that at least one of the three upcoming Sony smartphones will come with a rear-mounted fingerprint sensor, a first for the company. Giving up on embedding that into the Power button may mean it's finally decided to become serious about making it in the US market - where it had to disable the side-mounted scanners so far due to some not officially disclosed (but much speculated upon) contractual obligations.

For the phones we do see from the front, the top and bottom bezels are typical of Sony's latest designs, which unfortunately means it's ignoring the latest trend in the mobile world - that of killing as much bezel as possible. One last thing to note is that the G8341 depicted sports the Pixel-exclusive Android software buttons design, which makes us take the image with quite a bit of salt. There's also no (mandatory) "Powered by Android" badge on the lower part of the screen while the booting process is started, and that could be another red flag.

On the other hand, it's entirely possible that Google plans on letting other companies use that new design for the software buttons, and that the "Powered by Android" logo is still present in Sony's boot animation, just not at the exact moment that shot was snapped.

I love the Sony xperia shape , whenever I pick it up it feels like you get a chocolate bar in your hand , love it . Beside there is a milion followers whe love that sony timeless phone shape

Are you serious just becouse finger prints moved to the back ? were it was not even allowed in the usa at the first place ? that is childish and beside this power button became too big and less waterproof . the previous small button on the Z3 were mu...