Sony is changing up its design language as we’ve seen in several leaks. The latest gives us a front and rear view of the Sony Xperia XZ2, the larger counterpart of the XZ2 Compact, which we saw from the side.

The XZ2 duo should be among the first to feature Snapdragon 845 and will be Sony’s first to go 18:9. This particular unit will have a 5.7” screen with 1080p+ resolution according to the latest info from @evleaks.

The Xperia XZ2 reportedly upgrades the XZ Premium camera to f/1.8 aperture (down from f/2.0). Interestingly, the super slow-motion video recording (at 960fps) has been upgraded to 1080p resolution (from 720p). 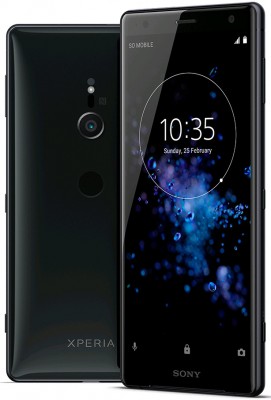 Other changes include moving the fingerprint reader to the back and removing the 3.5mm audio jack. Both the small XZ2 and the Compact are getting battery upgrades, 3,180mAh and 2,870mAh respectively.

Sony’s MWC show is set for Monday and there will be a livestream so tune in for the official info along with first-hand impressions of the new flagship duo.

I'll just waste my time to answer you for one time only seeing that you speak nonesense and bash people who even didn't tell you anything in particular: I like Sony very much and have been using their products for more than 10 years... their mobiles ...