The Xperia XZ2 Premium is big in every direction. It's got a 5.8-inch display in a classic 16:9 ratio and that's part of the reason why it's big - 18(+):9 displays are smaller in area for the same diagonal (thanks, Pythagoras).

The XZ2 Premium is so large though that it's bordering requiring two-handed use. It's the width specifically which makes the experience less than stellar. This phone is wider than the iPhone 8 Plus and mind you, that's one wide phone.

It's once again a 4K display, and even though it's larger now compared to the old Premiums (~5.5 inches in diagonal both of them), pixel density is still a crazy 765ppi. You won't be seeing individual pixels, is what we're saying. 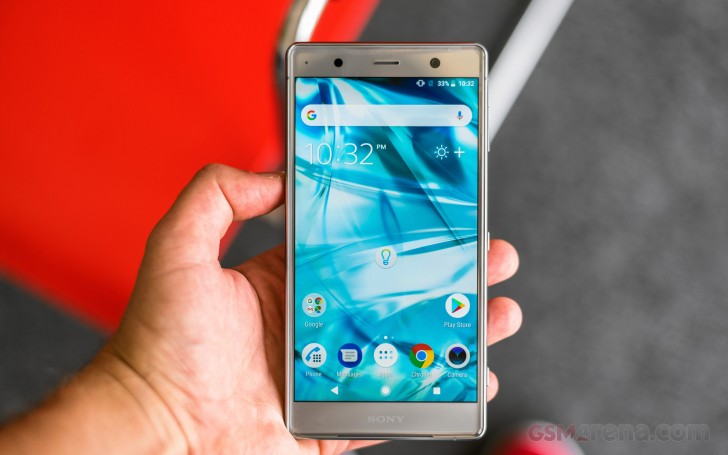 It's got more than its fair share of bezels, though - maybe not by Sony standards, but certainly by current ones in the industry. 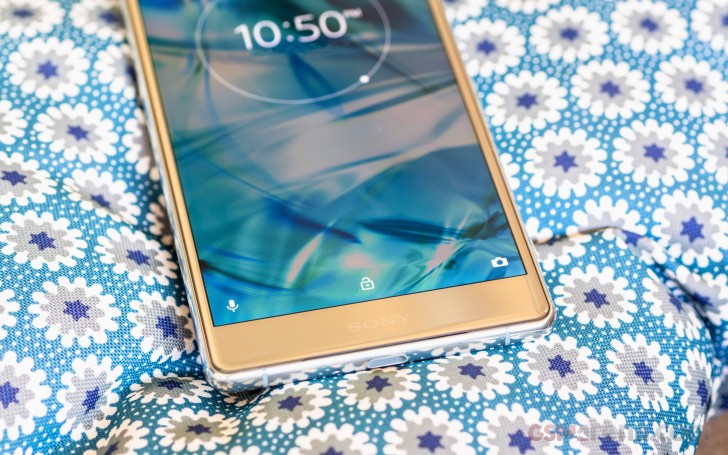 The fingerprint reader is on the back, just where you'd find it on the non-Premium XZ2 and XZ2 Compact. Only not quite. You see, the Premium has a dual camera and the extra module has pushed the fingerprint sensor down, just above the midpoint. 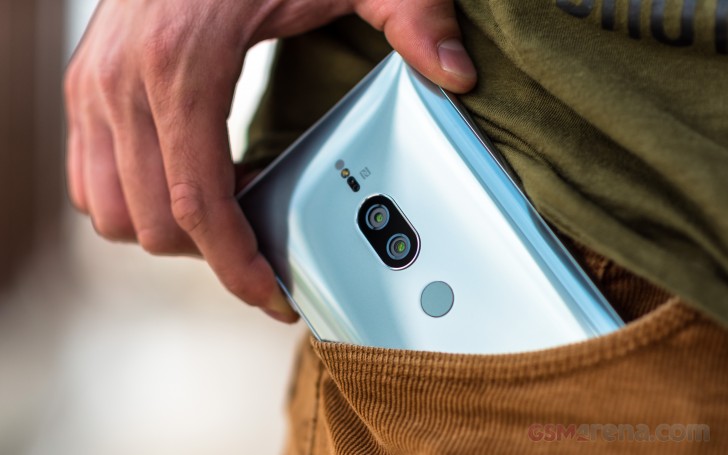 The result is that your index finger naturally falls on the bottom camera (the RGB one), and smudging it is one side of the issue. Unlocking the phone takes an extra effort to either flex your finger or adjust your grip so you find the sensor with your finger fully extended. Neither comes naturally. 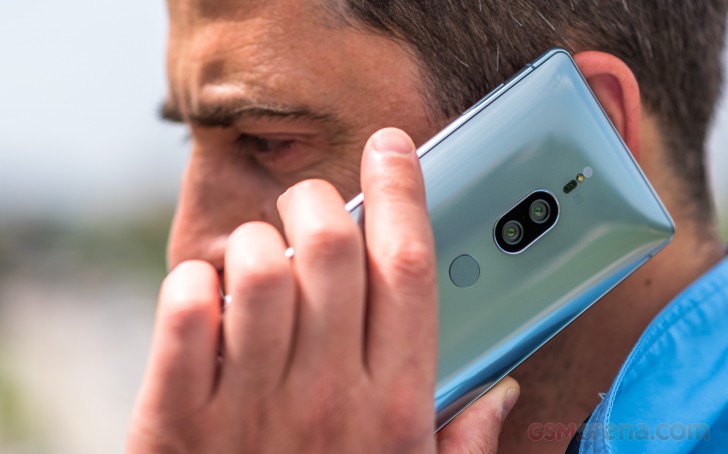 The thing is, with the way that stuff is arranged on the back, you'd be tapping the camera and wondering why the phone doesn't unlock. Both the fingerprint sensor and the camera assembly have a tiny tangible lip around the border and it's hard to tell what exactly it is you're touching. Sure, one is recessed, the other is slightly raised, but it's not an immediate distinction. The back is the same shiny reflective glass that we're familiar with from the XZ2 - it looks great until you touch it at which point it gets covered in fingerprints. It's easy to clean though, so you can have it in pristine condition in case you want to show it off. 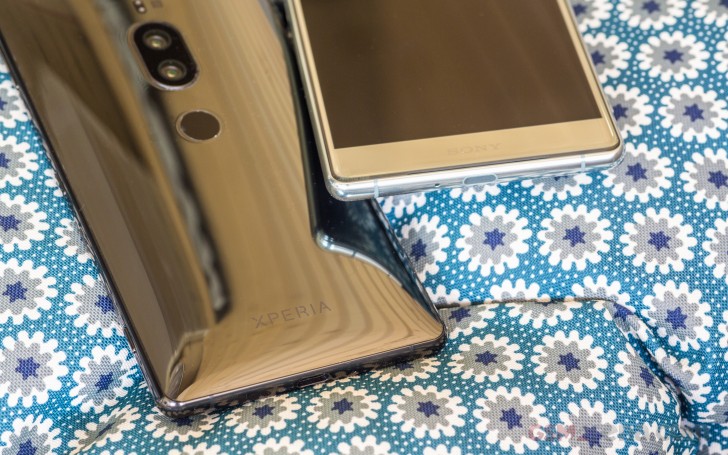 We can't give Sony any praise for getting rid of the headphone jack that's for sure. Then again, it was already gone on the XZ2, so having it reappear on the Premium wasn't really on a list of expectations. At least there's still an adapter in the retail bundle.

Sony has kept the two-stage hardware shutter release button, a staple of Xperia smartphone design. Even if over the years we've firmly adopted tapping on the screen to take a photo, having it as a shortcut to launch the camera is still useful. 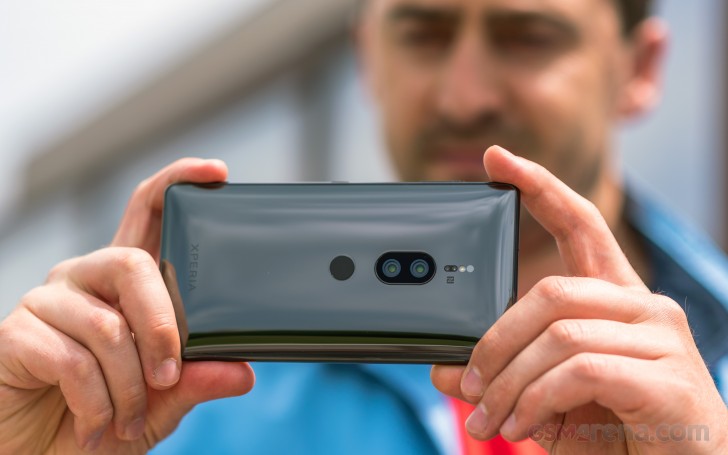 We'll end this short hands-on session the way we started it - speaking about size. Or, rather, weight this time. The XZ2 Premium weighs a massive 236g and that's 15g more than the almost-tablet Xiaomi Mi Max 3 with its 6.9-inch display and 5,500mAh battery. This makes the Xperia one of the heaviest big-name phones we've seen recently. As we said earlier, you'll need both hands. 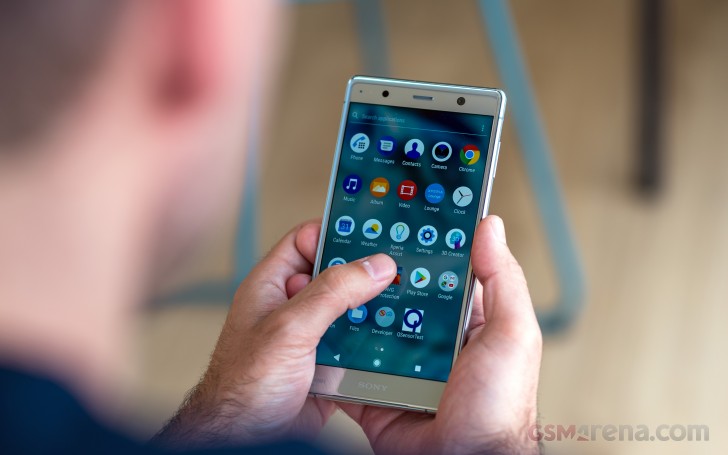